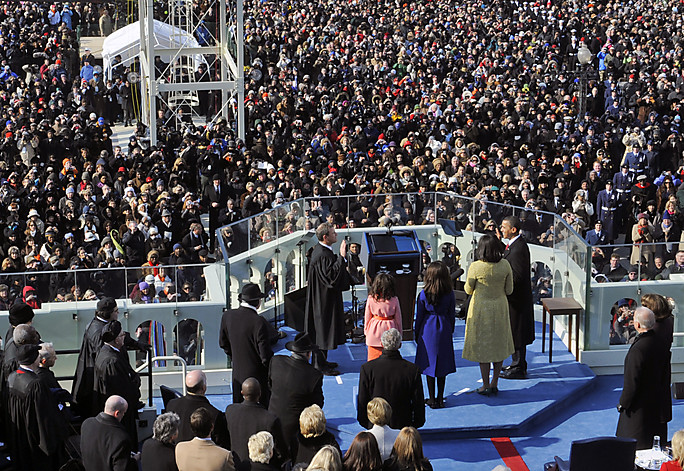 The U.S. Census Bureau released a treasure trove of information about the size, shape and look of the 2012 presidential election on Wednesday, a veritable embarrassment of riches for political nerds, er, junkies.

Lots and lots of people watch President Obama being sworn in.

We’ve spent the better part of the last day leafing through the report and the data that backs it up. (You can do it yourself — and should — here.)  But, for those of you who don’t have the luxury of spending a day (or even an hour) with this stuff, we’ve culled out some of the most interesting nuggets below. We’d love to hear from you about what struck you in the data.

1.  The white vote’s dominance is fading fast.
For the first time since the Census starting collecting this data in 1996, white voters voted at a lower rate (64.1 percent of eligible voters) than black voters (66.2 percent). That’s only part of the story, however. The total number of white voters decreased by roughly 2 million in 2012 as compared to 2008, the first time since 1996 that a “race group” (as they describe it) has seen a diminution in net votes cast. And, in the last five presidential elections, the white share of the electorate has dipped by nine points; the Hispanic share has risen four points in that time while African Americans’ votes have increased by three percentage points.