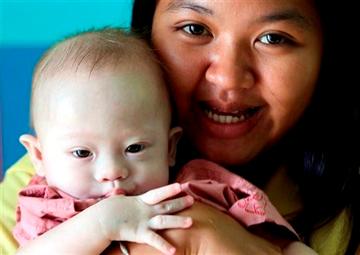 For thousands of well-off childless couples, the dream of having a baby is often realized in places like Thailand and India. Ready to help them are young women who become paid surrogates, their wombs offered up as vessels that can safely carry the babies until they are born.

Most of the time, it’s a bargain that suits both parties — unless something goes wrong.

The case of an Australian couple accused of abandoning their baby with his Thai surrogate mother after discovering the child had Down syndrome — and taking home his healthy twin— has cast unfavorable light on the largely unregulated business of commercial surrogacy.

The suggestion that the Australian biological parents wanted to raise only the healthy child and left behind her blond, brown-eyed brother, who also has a congenital heart condition, sparked outrage worldwide.

Couples seek surrogacy away from home mainly for legal and financial reasons. Some nations tightly restrict surrogacy, or ban it outright. Others have no surrogacy laws, though national medical boards often deal with it in their codes of ethics.

Laws vary widely, and there is no guarantee that a contract — or the child resulting from the arrangement — will be recognized in another country. In the U.S., some states forbid commercial transactions and stipulate that any contract for a surrogate birth is unenforceable. Other states, including California and Illinois, are receptive to commercial surrogacy and have regulations to help enforce agreements.

In Thailand, wealthy couples from Hong Kong, Taiwan and Australia — where commercial surrogacy is banned — are major customers, said Nandana Indananda, a Bangkok-based lawyer who headed a project to draft a Thai surrogacy law which was submitted Thursday to the country’s military junta for consideration.

Contributing to Thailand’s popularity is the large number of impoverished women who will carry babies for a price, and the availability of doctors with good reproductive medical skills, Nandana said.

India has also emerged as a major center for low-cost surrogacy thanks to its skilled doctors, medical infrastructure and vast population of poor women willing to act as surrogates. A full-term surrogate pregnancy normally costs $18,000 to $30,000 in India, doctors say, with about $5,000 to $7,000 going to the surrogate.

India legalized commercial surrogacy in 2001, but has just a handful of regulations governing the $1 billion-a-year industry. Among them is a 2012 mandate that prohibits some people — including gay couples, single men and women, unmarried couples and couples from countries where surrogacy is illegal — from hiring a commercial surrogate in India.

Rights activists say the absence of regulations has led to widespread exploitation.

“Women who miscarry are not paid anything at all in many cases,” said Ranjana Kumari, director of the New Delhi-based Centre for Social Research. “Instead, the agents try to shift the blame to the woman and tell her it is her fault that she has miscarried.”

Manasi Mishra, author of two government-funded reports on surrogacy in India, said many women have been cheated by agents and clinic owners and received a fraction of what they were promised.