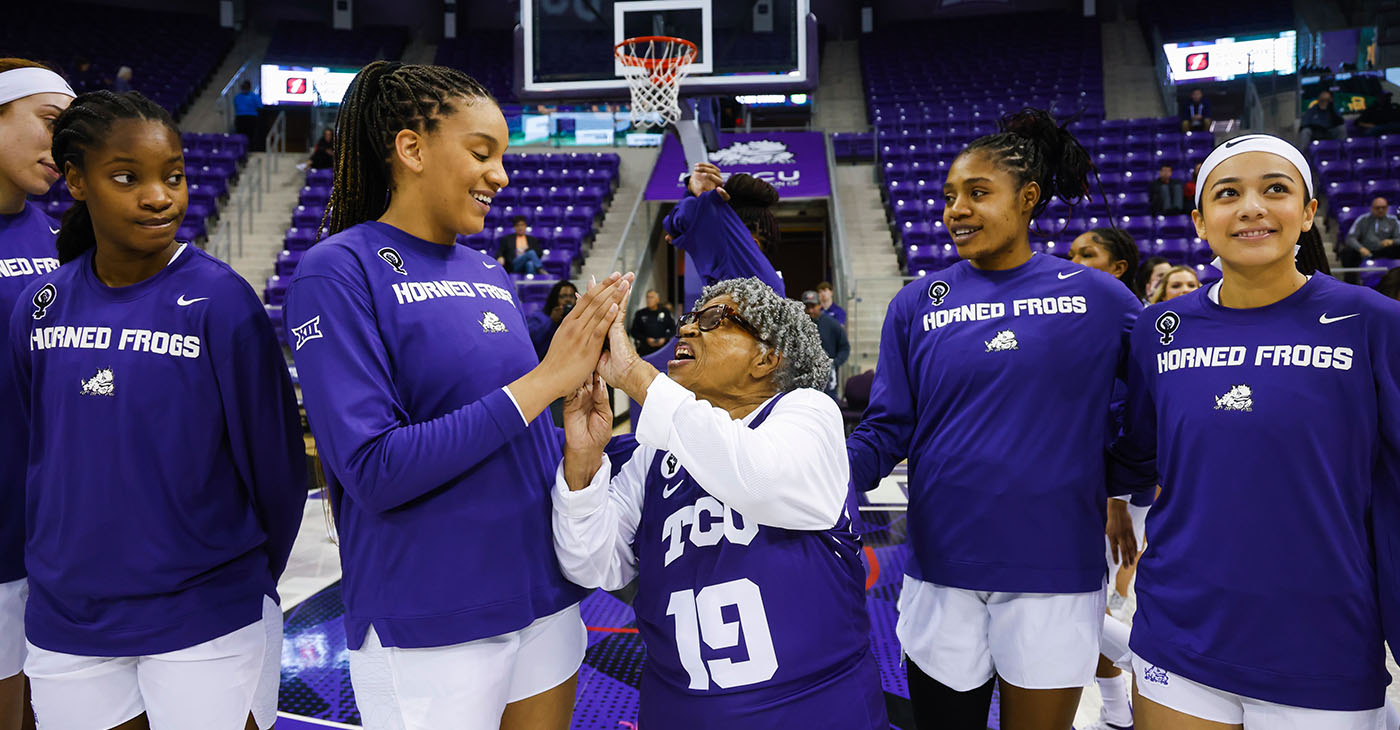 Lee, a 95-year-old, activist, and lifelong Texan, is most widely known for her campaign for years to make June 19 a national holiday. In 2016 at the age of 89, she decided to walk from her home in Fort Worth to Washington, D.C., in an effort to get Juneteenth named a national holiday.

Each day Lee would travel two and a half miles each day in recognition of the two and a half years that Black Texans waited between when Abraham Lincoln issued the Emancipation Proclamation, on Jan. 1, 1863, abolishing slavery, and the day that message arrived in Galveston, where Black people were still enslaved, on June 19, 1865.

Dr. Lee (she received an honorary degree from TCU for her longstanding commitment to Fort Worth) sat courtside at a game during Black History Month and was interviewed during halftime about her extraordinary life; and after the game, signed copies of her upcoming book on Juneteenth, which TCU gave away to fans in attendance.

“Juneteenth means freedom. We are not free yet,” Lee said during Saturday’s half-time interview. “We still have so many disparities that need to be addressed – homelessness, joblessness, climate change – there are so many things we need to tend to before we are free.

“And none of us are free until we are all free.”

Dr. Lee has worked with and/ or co-founded several human rights and historical organizations in and around the Metroplex. She was also a Nobel Peace Prize nominee.

“We need to keep telling her story and keep her in the spotlight for all she has done,” said TCU Head Women’s Basketball Coach Raegan Pebley.

Dr. Lee admonished the young people in the audience to do all they can to make a positive difference in life.

I’d like to each of you young people here – and you’re all young people if you’re not 95 – to make yourself a committee of one. You know people who are not on the same page as you; well, change their minds.

“And their minds can be changed. I am hoping, I am praying that we can make this the best country in the whole wide world if we simply work together.”