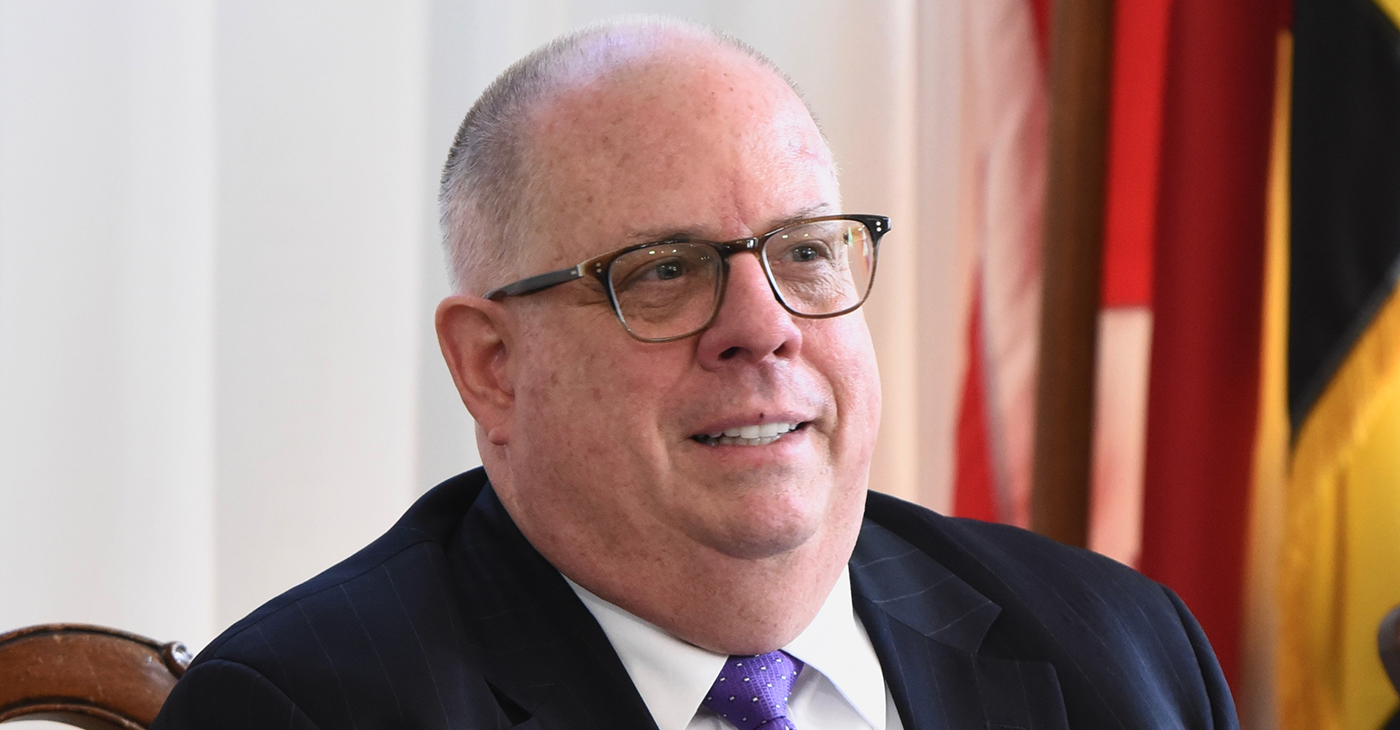 "The students from all four universities are communicating with each other for one purpose, and that is to have Gov. Hogan withdraw the appeal — he and only he has the power and authority to do so." (Photo: Governor Hogan Presides At Board Of Public Works Hearing by Joe Andrucyk at Governors Reception Room, 100 State Circle, Annapolis MD 21401 / Wikimedia Commons)

Students and alumni from Maryland’s four historically black colleges rallied near the state Capitol building in a call for a resolution to a 13-year-old federal lawsuit over disparities in academic programs.

Individuals from Bowie State, Coppin, Morgan State, and the University of Maryland Eastern Shore arrived early and filled the streets chanting and demanding that lawmakers and Gov. Larry Hogan settle the longstanding dispute.

Inside the complex of government buildings, members of the Legislative Black Caucus of Maryland were urging lawmakers to stand behind a nearly $600 million settlement previously reached by the state and the Coalition for Equity and Excellence in Maryland Higher Education.

Hogan has offered to pay the HBCUs about $200 million over ten years to settle the dispute in which coalition members have argued that Maryland has underfunded its four HBCUs, while allowing other state schools to duplicate their programs, placing pressure on enrollment.

Courts have urged the two sides to settle.

“We call upon Governor Hogan and the legislature to stop the foot-dragging and delay, and act quickly to find the funds to rectify this long-festering injustice,” said Del. Charles E. Sydnor III (D-Baltimore County), who led the rally along Bladen Street.

The Coalition filed a lawsuit in 2006, claiming that the state had failed to “dismantle vestiges of segregated higher education,” including by underfunding the four HBCUs.

The suit notes that the state has allowed traditionally white universities to continue creating new degree programs that were duplicative of programs at the historically black schools.

In 2013, a federal judge found that the state violated the Constitution because it had maintained a dual and segregated education system.

The two sides have since held several mediation sessions that were ordered by the court. However, the Coalition has objected to what it said were unfair terms, including the amount offered by the state.

Currently, there are no future court dates on the docket.

“The students are very actively advocating on behalf of all four of the HBCUs in Maryland,” Zattura Sims-El, one of many advocates for HBCUs in the state, told NNPA Newswire before the rally.

“The students from all four universities are communicating with each other for one purpose, and that is to have Gov. Hogan withdraw the appeal — he and only he has the power and authority to do so.”

Lawsuits like the one in Maryland “remind all of us how an uneven playing field yields underfunded colleges, declining federal funding, and endowments that lag behind those of predominantly white institutions,” Pete Buttigieg, a Democratic presidential candidate, wrote in an op-ed for the Baltimore Sun.

The op-ed appeared on the morning of the rally.

“Left without remedy, injustice does not heal,” Buttigieg wrote while pledging to increase funding for HBCUs and other minority-centered institutions by $50 billion.

Maryland House Speaker, Democrat Adrienne A. Jones, also urged Hogan to agree to the $577 million settlement. “I know what can and can’t be done,” Jones told the crowd.

“I’m on the House Appropriations Committee, I should know what we can afford, and I’m in support, and I’m just as anxious as you are,” she stated.

Maryland Democrat, Del. Darry Barnes, the chair of the black caucus, told reporters that plans are in the works for legislation that would compel Hogan to settle the lawsuit.

“This is not just good for our HBCUs, but this is good for the state of Maryland,” Barnes said.

Michael Jones, an attorney who has been representing a coalition in support of the schools, said Maryland continues to ignore a court order to provide its HBCUs with funding for programs, marketing, and scholarships.

“That’s exactly what this is about,” stated Jones, who has asked that the state pay $577 million to its HBCUs to finally settle the case. “They can do so over a reasonable period,” Jones stated.

In a statement, Hogan said he’s merely acting on his responsibility to protect the state budget because Maryland is bracing for an economic slowdown.

“My desire is to resolve it,” Hogan, a Republican, stated earlier this year. “We do have offers on the table. We’re hoping that both parties can reach an agreement.”

Hyundai is betting on Hydrogen