Steelers Back Bell Ruled Out of Wild-Card Game
Advertisement 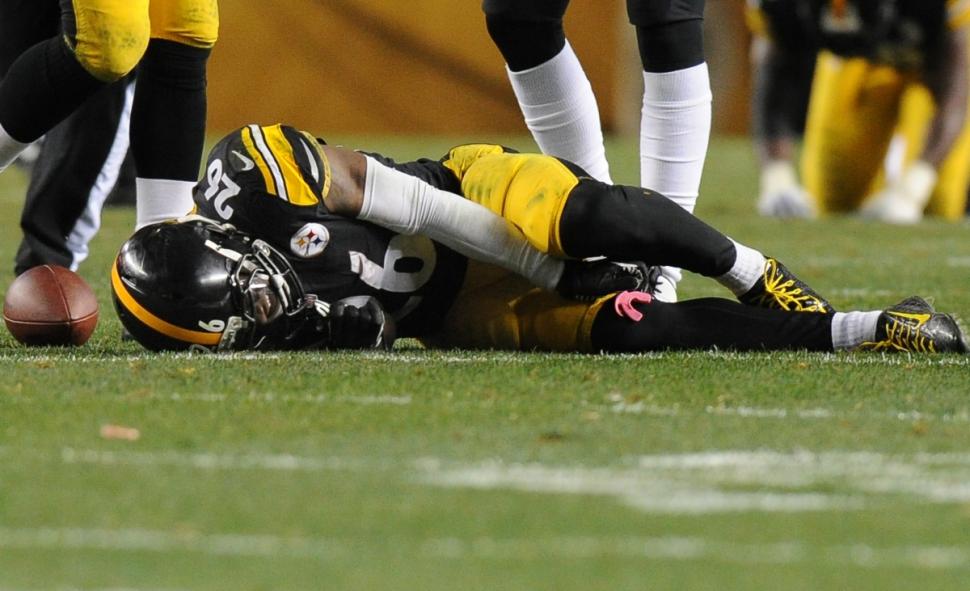 Running back Le’Veon Bell (26) is out with a hyperextended knee. (Don Wright/AP Photo)

Pittsburgh Steelers coach Mike Tomlin ruled his star running back out of the first round of the playoffs on Friday after Bell missed a third straight day of practice.

Bell hyperextended the knee in last Sunday’s AFC North-clinching win over Cincinnati. Tomiln said he would not play Bell unless he was certain Bell was healthy enough to protect himself. Bell was walking without a limp by Wednesday but never suited up for practice.

Rookies Josh Harris and Dri Archer along with newly acquired Ben Tate will all get a chance at replacing Bell, who set a franchise record with 2,215 yards from scrimmage. It’s unclear whether Bell would be available if Pittsburgh advances.