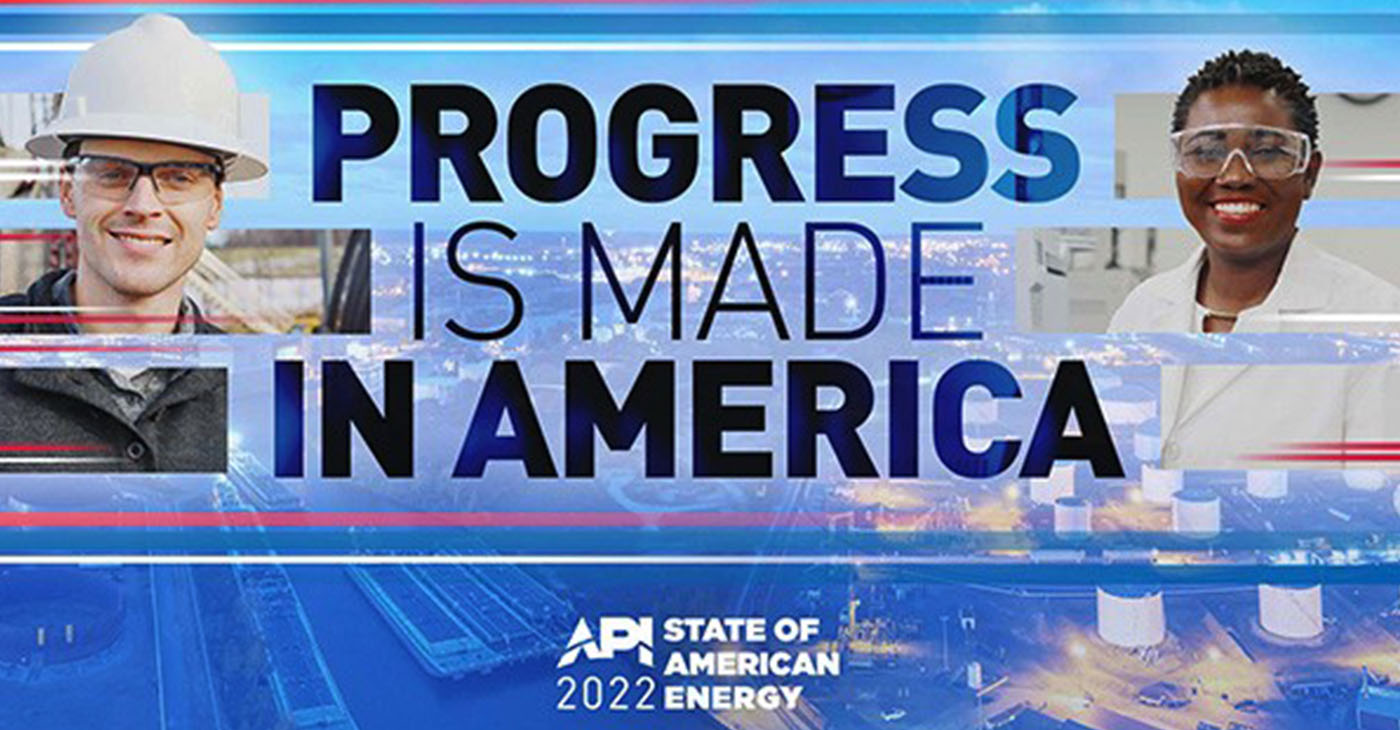 According to the American Petroleum Institute, abundant domestic energy has helped reduce energy costs for American households over the past decade.

The national trade association, which represents all aspects of America’s oil and natural gas industry, noted that in recent months, global energy demand had outstripped supply as pandemic quarantines ease.

The organization also cited a report from the U.S. Bureau of Labor Statistics, which noted that U.S. household expenditures for energy decreased 25 percent between 2008 and 2020, while spending for food, education, and healthcare have increased, ranging from 22 percent to 74 percent.

“In so many ways, the state of American energy is strong,” declared API President and CEO Mike Sommers.

“Our nation has the resources and expertise it takes to meet our energy needs, support millions of jobs, continue to address the risks of climate change, and keep America free from the dangers of dependence on unreliable foreign sources,” Sommers remarked.

As the calendar flipped to 2022, Americans viewed energy and costs as significant concerns, Sommers relayed.

“This is in part because lately, we’ve seen policies aimed at restricting production and delivery of U.S. natural gas and oil,” Sommers insisted.

With increasing expenditures for food, education, and healthcare, families and businesses have experienced more pressure on energy costs, Sommers noted.

According to the State of American Energy Report, those costs are higher in regions of the U.S. where Americans depend on foreign energy imports and where U.S. pipelines and other infrastructure is scarce.

API has called on U.S. policymakers to remove barriers to the development of American energy and infrastructure necessary to deliver energy where needed most.

“When policy signals prevent energy leadership here at home, there are going to be consequences. U.S. policies that restrict domestic production force our country to seek relief from OPEC, undermining our energy independence,” Sommers asserted.

“America should not be in the position of asking for foreign energy supplies, especially when we have abundant resources produced to standards that are among the highest in the world, right here at home.

Instead, we should be leading, as the world’s top producer of natural gas and oil.”

Among the many highlights from the report, the oil and natural gas industry has invested in local workforces of the future by boosting STEM education and engaging minority-serving institutions.

Occupations requiring skills and training in the science, technology, engineering, and mathematics (STEM) disciplines – which are foundational for tens of thousands of well-paying natural gas and oil industry jobs – currently makeup 20 percent of all U.S. jobs, the report revealed.

Officials maintain that STEM-educated women and men will lead the industry’s future workforce, so oil and natural gas advocates have maintained a great interest in initiatives that advance education in those fields.

API has partnered with Discovery Education to launch the STEM Careers Coalition, focused on bridging the workforce skills gap in U.S. K-12 schools.

The organization said the goal is to improve learning for 10 million students in 5,000 schools nationwide through direct classroom investments, connecting industry employees and students, and creating an easily accessible career portal.

API’s Minority Serving Institutions Initiative provides its more than 700 industry standards catalogs to students at Historically Black Colleges and Universities and other minority-serving institutions, free of charge. Such access allows schools to introduce their students to practical knowledge and industry standards immediately applicable in their future careers.

The initiative is integral to the industry’s goals of an increasingly diverse workforce that will make the industry stronger, smarter, and better, officials wrote in the report.

API officials called climate change one of the most critical challenges.

They said no one is better equipped to partner and meet the challenge than those who solve some of the world’s most challenging energy problems every day.

Companies invest billions in lower-carbon technology and partner with other industries in advancing progress.

“Worldwide, as the need for energy continues to grow, so will the commitment of nations like ours to a lower-carbon future,” Sommers stated.

“Suppose that by 2040, every signatory to the Paris Climate Agreement was to meet their commitments. Yet, even then, government experts say natural gas and oil will still account for almost half of all energy used.”

“It’s got to come from somewhere, and it ought to be from the United States of America – where we have vast reserves, a highly skilled workforce, stringent environmental rules, and strong industry standards. Meeting the world’s growing need for energy while building a lower-carbon future is the opportunity of our time – governments, industries, and consumers must rise to seize it together.”