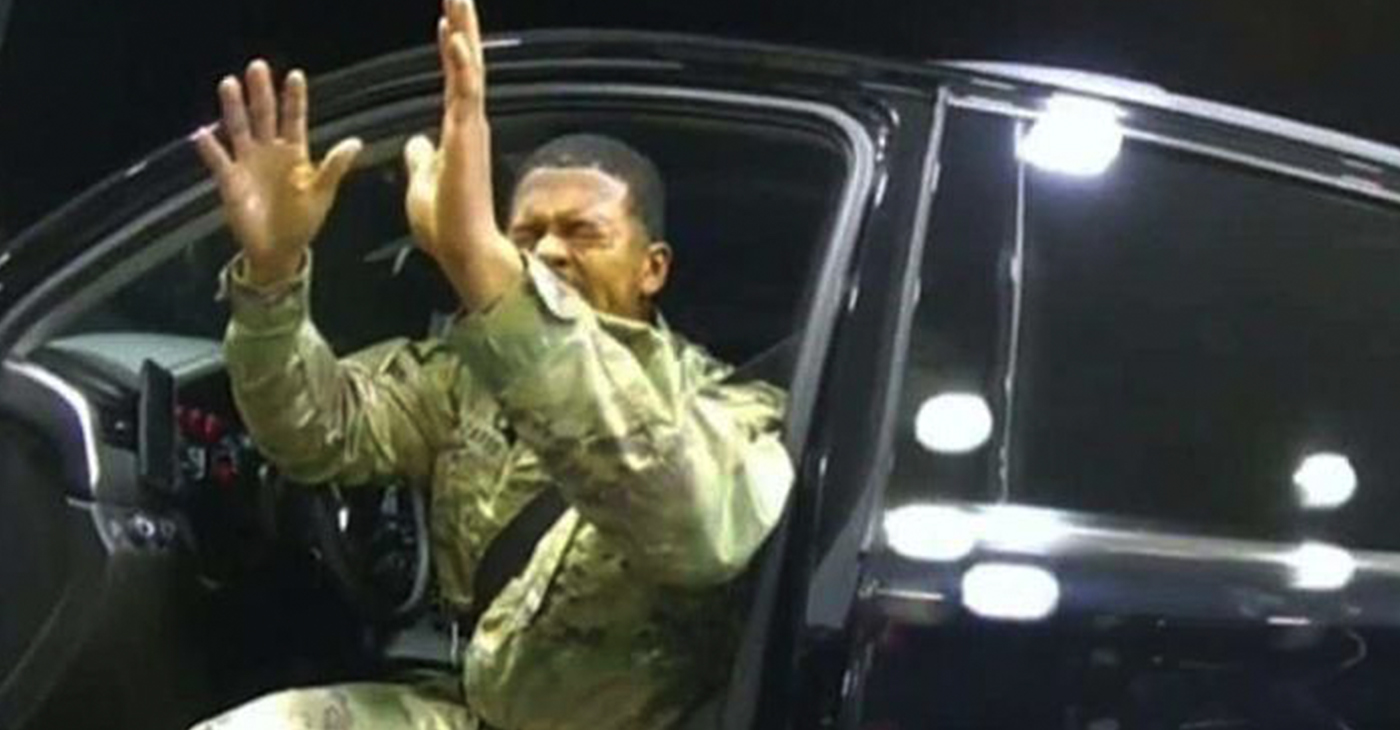 When Army Lt. Caron Nazario, who was dressed in his military gear at the time of the incident, said he was afraid, body-cam footage revealed that one of the officers responded, “Yeah, you should be.”

Virginia Attorney General Mark Herring has filed a lawsuit against the town of Windsor where police violently stopped a Black military officer, held him at gunpoint, struck him, and pepper-sprayed him.

Herring, a Democrat, wants court-ordered monitoring of the police department.

He has asked the court to order the town to adopt policies and procedures that ensure bias-free traffic stops.

The filing comes a little more than one year after the December 5, 2020, encounter initiated by police officers with Army Lt. Caron Nazario, who was dressed in his military gear at the time of the incident.

Police held the lieutenant at gunpoint, struck him, pepper-sprayed him, and placed him in handcuffs.

However, Lt. Nazario pointed out to officers that his vehicle had a temporary tag visibly taped to the window.

Still, the officers ordered him out of the car.

When he said he was afraid, body-cam footage revealed that one of the officers responded, “Yeah, you should be.”

The public first witnessed the video four months after the encounter, sparking outrage.

The incident shined a spotlight on Windsor, a small, predominately white town located about an hour west of Virginia Beach.

Reportedly, the town of 2,700 residents has a seven-member police force.

The town fired two of the officers involved in the stop.

“At no time did Lt. Nazario use or attempt to use force against the officers,” Herring wrote in court filings.

“While our investigation was spurred by the egregious treatment against Lt. Nazario that we all saw in body-cam footage, we discovered this incident was indicative of much larger problems within the department.”

“There are huge disparities in enforcement against African American drivers and a troubling lack of policies and procedures to prevent discriminatory or unconstitutional policing.”

According to Herring, between nine and 21 percent of Windsor residents are Black.

About 22 percent of Wright County residents identify as Black.

“The town stopped Black drivers between 200 percent and 500 percent more often than would be expected based on the number of Black residents in the Town or Isle of Wright County,” Herring wrote in the lawsuit.

“That it is performing traffic stops in a constitutional, non-pretextual, and bias-free manner, and that members of the public are able to submit and have their complaints heard in a transparent way that upholds the principles of due process,” Herring stated.

Herring also asked the court to order Windsor to hire an independent monitor and force the town to pay $50,000 in damages for every proven violation of the Virginia Human Rights Act.