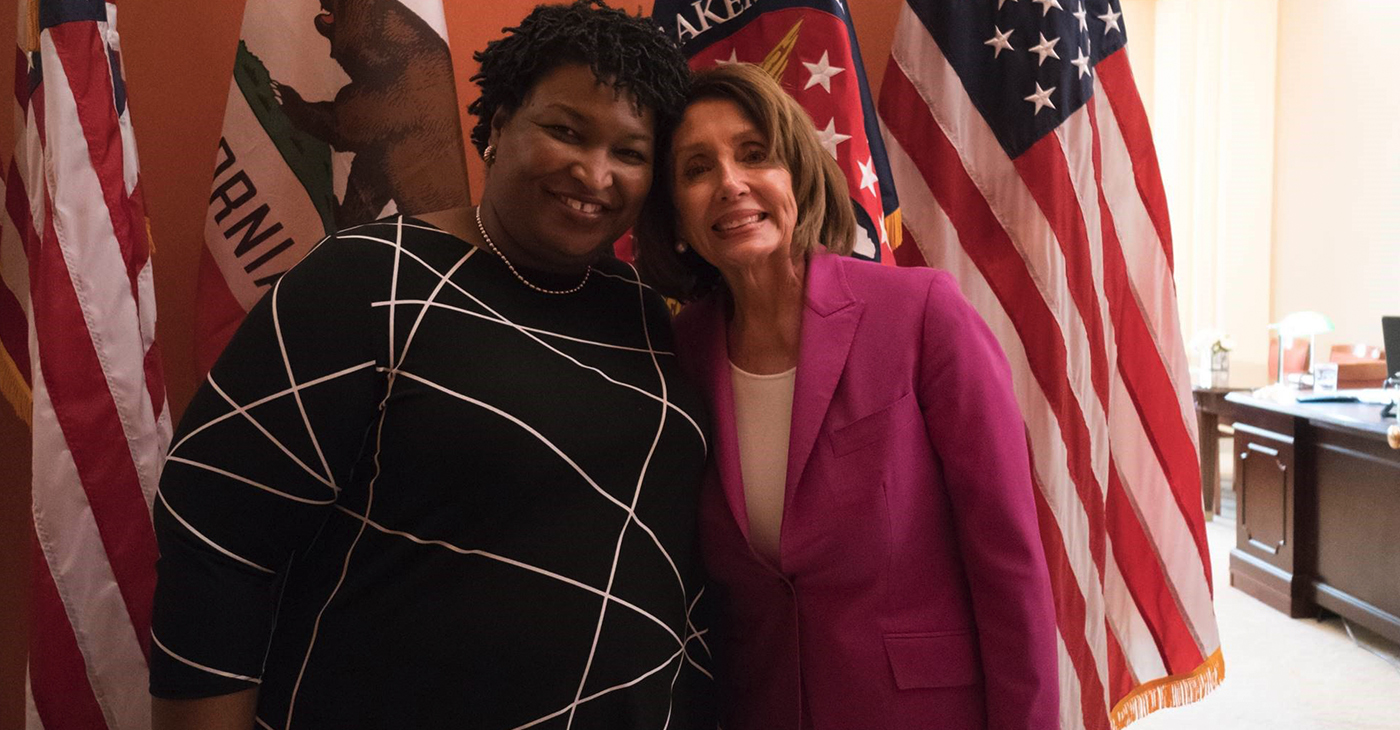 The news of the Abrams nomination arrived on the same day that Georgia Republicans launched a “Stop Stacey” group. (Photo: “We are thrilled to have Stacey Abrams deliver the Democratic Response to the State of the Union. Her electrifying message reinvigorated our nation & continues to inspire millions in every part of the country.” — House Speaker Nancy Pelosi, January 2019 / Office of the House Speaker / Wikimedia Commons)

Both Stacey Abrams and the Black Lives Matter movement have been nominated to win the Nobel Peace Prize.

The nominations represent an opportunity for either Abrams or Black Lives matter to win over even more support around the globe should they win. The Nobel Prizes have been given out since 1901 and were started by Swedish industrialist and inventor Alfred Nobel. Prizes are given out for distinguished work in Chemistry, Physics, Physiology or Medicine, and Literature.

There have been many controversies around the Peace Prize and a win by Abrams or the Black Lives Matter would likely extend the line of controversies. Past winners have included Martin Luther King, Jr. (1964), Nelson Mandela (1993), President Barack Obama (2009), Kofi Annan (2001) and Jimmy Carter (2002).

“Stacey Abrams political activist, voter registration & voting rights advocate has set a national standard for democracy. Her political activism has resulted in a nomination for a Nobel Prize. She deserves it & would become an even bigger voting rights, VR & democracy champion,” wrote the Rev. Jesse Jackson, Sr. on twitter.

The news of the Abrams nomination arrived on the same day that Georgia Republicans launched a “Stop Stacey” group. The group was created to support current Georgia Governor Brian Kemp in his expected re-match against Democrat Stacey Abrams. The race will be in 2022.

The defeat of former U.S. Senator Kelly Loeffler to Rev. Raphael Warnock demonstrated the strength of the Black vote in Georgia. even before Abrams announced whether she’ll run again, a sign of deep concern among Republicans about the threat she poses next year to the first-term governor.

Abrams’ efforts were so noticeable and the turnaround from red to blue in Georgia so pronounced that Donald Trump brought her up during his effort to flip the election results in 2020 his favor in Georgia.

The recipients of the Nobel Peace Prize will be announced in October.