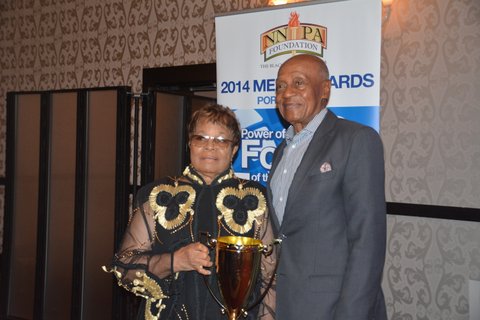 The winner of the award is determined each year by the paper that accumulates the most points in the 21 categories of the NNPA’s annual Merit Awards. With the honor goes the title of Best Black Newspaper in the nation.

The Merit Awards are administered by the NNPA Foundation, the charitable arm of the Association.

“We had more newspapers winning awards this year than at any time in recent memory,” said Mary Denson, chair of the NNPA Foundation and publisher of the Windy City Word in Chicago. “I think that’s a testament to the dramatic improvement our papers continue to make.”

Cloves C. Campbell, chairman of the NNPA and publisher of the Arizona Informant, said, “As usual, the competition was extremely fierce this year and we congratulate all of the winners. This year’s Merit Awards winners have raised the bar of excellence that all of our papers can strive to meet.”