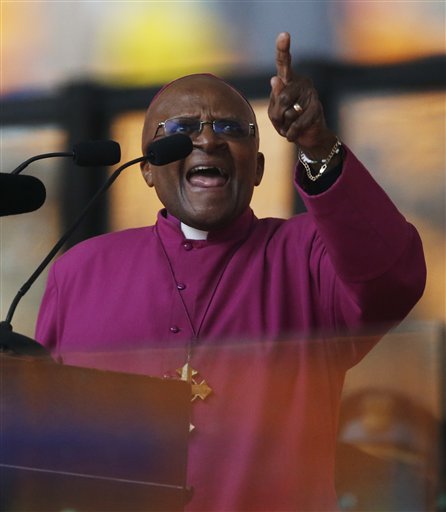 JOHANNESBURG (AP) – South African retired archbishop Desmond Tutu left a Cape Town hospital on Tuesday after being treated for an infection there since last month, his foundation said.

Tutu, 83, will continue his recovery at home, the foundation said in a statement. It said the infection was the result of treatment for prostate cancer that the Nobel Peace Prize laureate has received over the past 18 years.

The foundation, which is named after Tutu and his wife Leah, quoted daughter Mpho Tutu as saying the cancer was under control.

Tutu has spent about two weeks in two separate stays in the hospital since last month.

Tutu was awarded the Nobel Peace Prize in 1984 for campaigning against apartheid.

Q&A: A Look at the History of Jewish Extremism in Israel

Hunters in Africa Say They Have a Role in Conservation