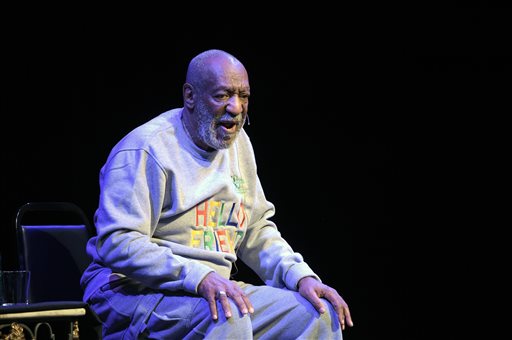 In this Nov. 21, 2014 file photo, comedian Bill Cosby performs during a show at the Maxwell C. King Center for the Performing Arts in Melbourne, Fla. For five decades, Bill Cosby maintained a busy standup career even as his TV visibility rose and fell and new generations of comedians took center stage. But the renewal of sexual assault claims that have soured TV and other comeback deals for Cosby are undermining the live performances that represent his direct avenue to fans and a semblance of business as usual. (AP Photo/Phelan M. Ebenhack, File)

(CBS News) – The Smithsonian’s National Museum of African Art says it will post a sign telling visitors that an exhibition featuring Bill Cosby’s art collection is about the artists, not a tribute to the comedian.

The exhibition is continuing despite allegations by more than two dozen women that Cosby committed sexual misconduct in the past four decades. Several say he drugged and raped them.

Smithsonian spokeswoman Linda St. Thomas says the museum will install the sign Wednesday. She says the sign will essentially say the museum does not condone Cosby’s behavior.