Shaheed and DJ Supreme: From the Local Stage to Global Ambition
Advertisement 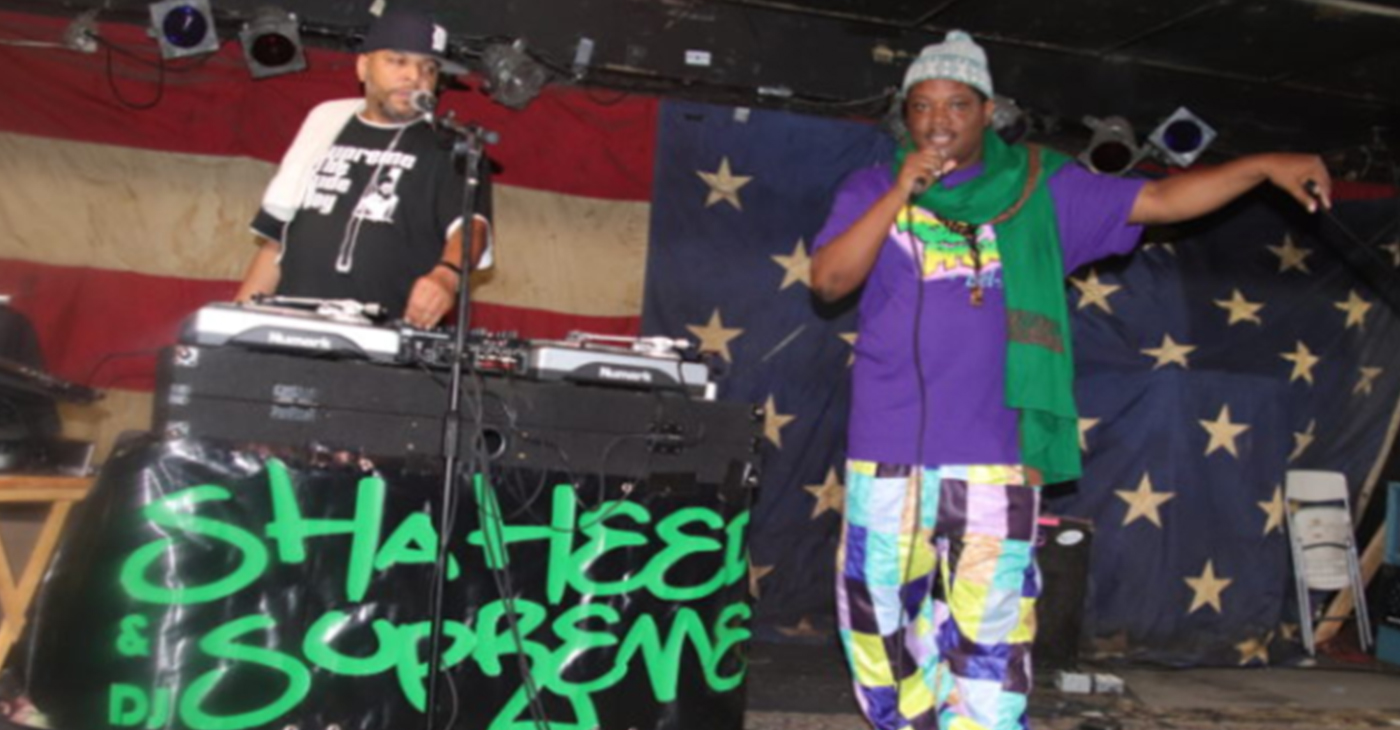 If it’s Saturday night in Birmingham, that usually means it’s showtime somewhere on the city’s music scene for hip-hop artists Shaheed and DJ Supreme. After nearly two decades of making music, they are still eagerly received by fans of their conscious brand of hip-hop.

On a recent Saturday evening, the lyrical duo heads to The Nick Rocks on the city’s Southside well before the crowds show up to talk about their musical roots and upcoming album “The Art of Throwing Darts,” which is slated for release later this year. That album will feature artists like three-time Grammy nominee Raheem DeVaughn and local artists Lauren Strain and Percy P.

In 2000, Shaheed Tawheed, still a student at Shades Valley High School, started hanging out at some of Birmingham’s hip-hop venues. At the time, Jon “DJ Supreme” Malone, a transplant from Detroit, Mich., was already an established artist. The two crossed paths at Eargasm, a hip-hop open-mic night hosted by DJ Supreme at the High Note Lounge. That show, which began in the late 1990s and lasted into the early 2000s, gave many of Birmingham’s most popular hip-hop performers their start—including Shaheed.

“We were right there at the beginning. There was a fledgling hip-hop scene back then,” said DJ Supreme, who was producing for other artists at the time.

Shaheed was collaborating with several rappers in DJ Supreme’s circle at the time, too. By 2007, Shaheed and DJ Supreme were working together almost exclusively on Shaheed’s solo works, and eventually they teamed up to form a group.

In 2013, the duo released “Knowledge, Rhythm, and Understanding,” an album that put them on an international stage.

“That album has blessed us,” said DJ Supreme. “It allowed us to tour the world and open up for [hip-hop group] Jurassic 5.”

While Shaheed and DJ Supreme continue to tour outside of the country and gain fans from all over, the duo has never considered making music anywhere but Birmingham.

“Being from here has been a gift and challenge,” Shaheed said. “People always say, ‘We can’t believe y’all are from Alabama.’ But there is so much music history here—from soul to jazz. [Chart-topping singer and songwriter] Eddie Kendricks was from here, and so was [jazz musician] Sun-Ra.”

Shaheed and DJ Supreme have steadily gone against the grain of Southern hip-hop, opting for substance over blaring beats. Shaheed called it “edutainment,” a sound that is heavily influenced by DJ Supreme’s love of soul music.

“We have been able to forge our own style of music here,” said DJ Supreme. “There is no pressure to conform. We always do the music we feel.”

Shaheed agreed, saying they have found a way to please audiences and themselves as artists.

“We never follow trends, and our music comes very organically.”

You can learn more about Shaheed and DJ Supreme at http://communicatingvessels.com/shaheed-and-dj-supreme.

To read more stories about Local Birmingham Talent, click one of the links below.

Kim Scott: From Birmingham to Top of Billboard Charts

This article originally appeared in the Birmingham Times.