Serena Williams Says US Open Match Was a Win, Not a Loss
Advertisement 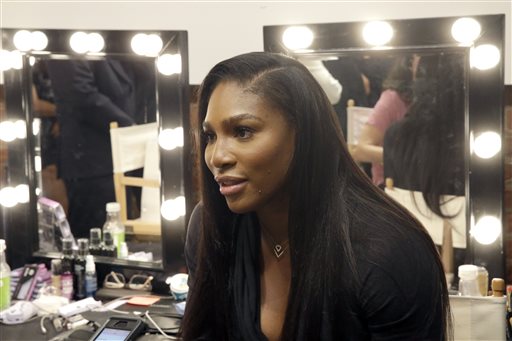 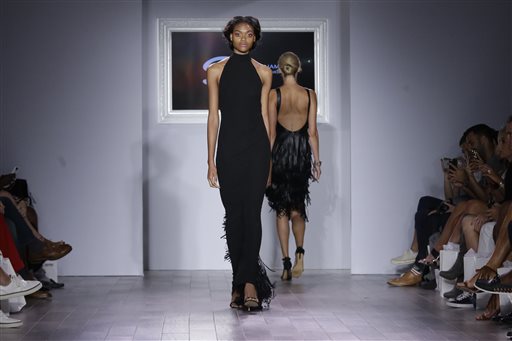 NEW YORK (AP) — Serena Williams says her recent U.S. Open defeat was not a loss, but a win and a learning experience — and that she’s happy for the opponent, Roberta Vinci, who derailed her quest for a Grand Slam.

“We should be happy for each other, you know what I mean?” Williams said in an interview Tuesday after presenting her second collection for her fashion line, the Serena Williams Signature Statement Collection for the HSN network, at a high-profile runway show that drew influential Vogue editor Anna Wintour and other fashion heavyweights — not to mention rapper Drake. “We gotta build up each other. We can’t be angry.”

“I mean, I won four Grand Slam (tournaments) in a row, and got to the semis in another one, and I’ve done that twice,” Williams said. “I mean how many people have done that? So, yeah, it wasn’t a loss for me, it was a win and a learning experience. And I tried hard. Unfortunately the girl I played just outplayed me that day, you know … She probably deserved it. And I am happy for her.”

Williams, who won last year’s U.S. Open as well as the next three Grand Slam tournaments after that, also said designing was a great break from the pressure of her tennis career. “I love what I do obviously, but I also sometimes need a break from that — and I love fashion,” she said. “It’s something I have a passion for.”

Not that there wasn’t also pressure coming from the fashion world. Williams said that this time, she really felt pressure to deliver.

“This one I felt like I had to show something,” she said with a laugh. “Because I felt like (last year), people were surprised, and I got so many good reviews and I was like, ‘Whoa.’ I didn’t know what to expect!”

So she reached out to Wintour, she explained, and told her she was planning a second collection. “And she said, ‘Let me help you, let me give you some notes,'” Williams recounted. “And she was able to mentor me, and I was so appreciative of that. She said, ‘I loved your first collection, I was so surprised, but how can we take it to the next level?’ And I’m all about that!”

Williams’ collection — shown to a soundtrack that included several of Drake’s songs — had a very contemporary vibe, with lots of fringed leather and suede, in skirts, jackets and dresses. (She herself was wearing a revealing fringed leather skirt that showed tiny short shorts underneath.) Highlights included a sleek, tiered black fringed dress; a black gown with a line of fringe down the back; and a short, deep green bomber jacket.

“Everything that’s in our collection will be available right away (online), so we have to be current,” Williams said. “Fringe is one of the trends that we set upon. Also, we wanted a vibe that’s homey, that’s nostalgic, ’70s, in terms of the fringe and the suede and the colors, so that really spoke to us.”

Williams said that designing comes easily to her.

“It’s easy because I went to school for it,” she said. “Also, I have the most amazing team, and we work together.” She noted that her favorite role in the process is to sketch. “I love to sketch,” she said. “I mean, that’s what designers do. So I’ll just sketch something and then they’ll resketch it and make it perfect, and I’m like, that’s exactly what we’re looking for.”

Earlier, on the red carpet, she tried to explain how she combined designing with her demanding life as an athlete.

“Honestly, I don’t know,” she said. “In between matches … we have this great group chat, and we just talk all day about the designs. We send pictures. We send notes. And technology has been able to make life a lot easier!”

So, has she been able to sit down and breathe, since her final U.S. Open match last week?

“In a couple of hours I’ll be able to breathe,” she laughed.