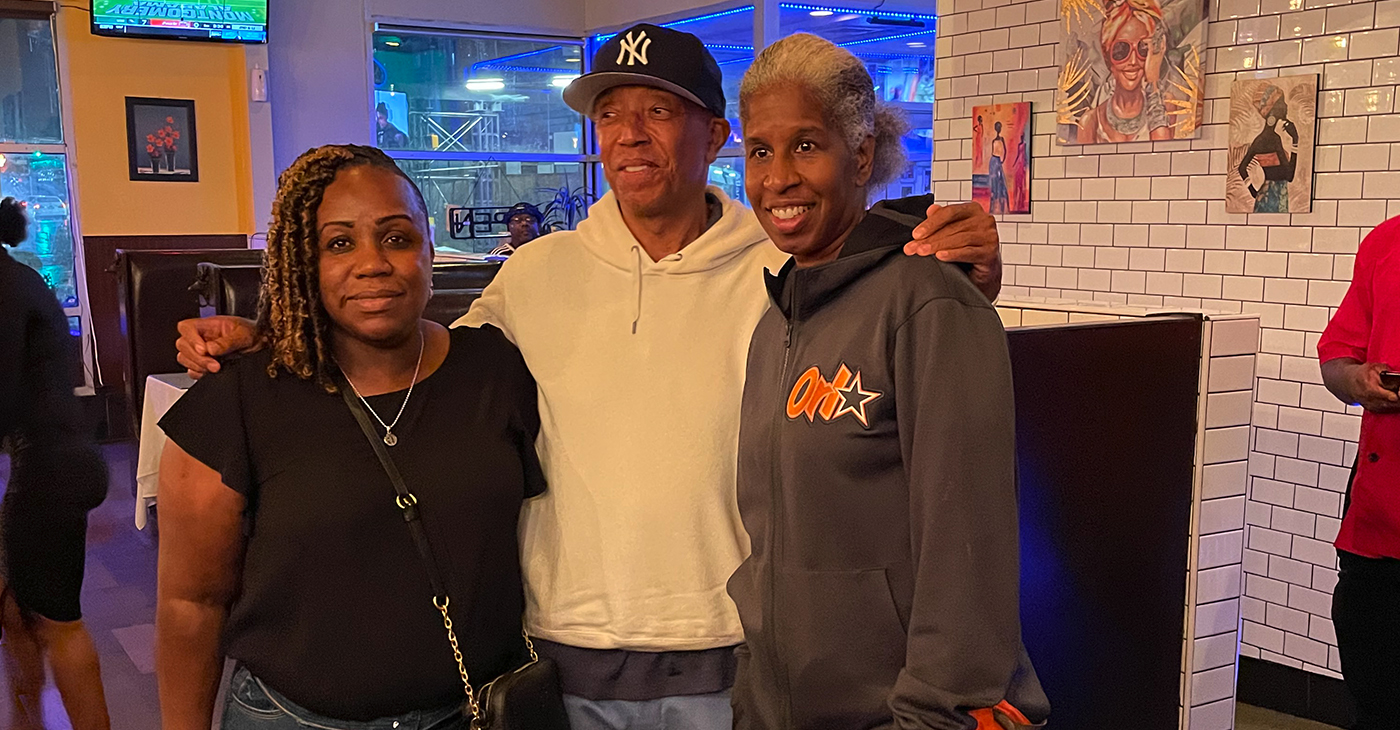 Hip-hop legend and business mogul Russell Simmons and community activist and leader Erica Ford come together each year to treat dozens of mothers to a dinner of both remembrance and of bonding.

While enjoying a plate of oxtails splashed atop an ever-desirable bed of macaroni and cheese, Natasha Christopher reflected on how she came to join the fraternity of mothers who’ve lost a child to gun violence.

She also considered what her young son’s 2012 and still unsolved murder had taught her.

“The one thing that caused me so much pain has now become my passion,” Christopher declared. “I found my purpose, and I’m helping other mothers who have lost their children.”

And that’s the underlying reason that hip-hop legend and business mogul Russell Simmons and community activist and leader Erica Ford come together each year to treat dozens of mothers to a dinner of both remembrance and of bonding. 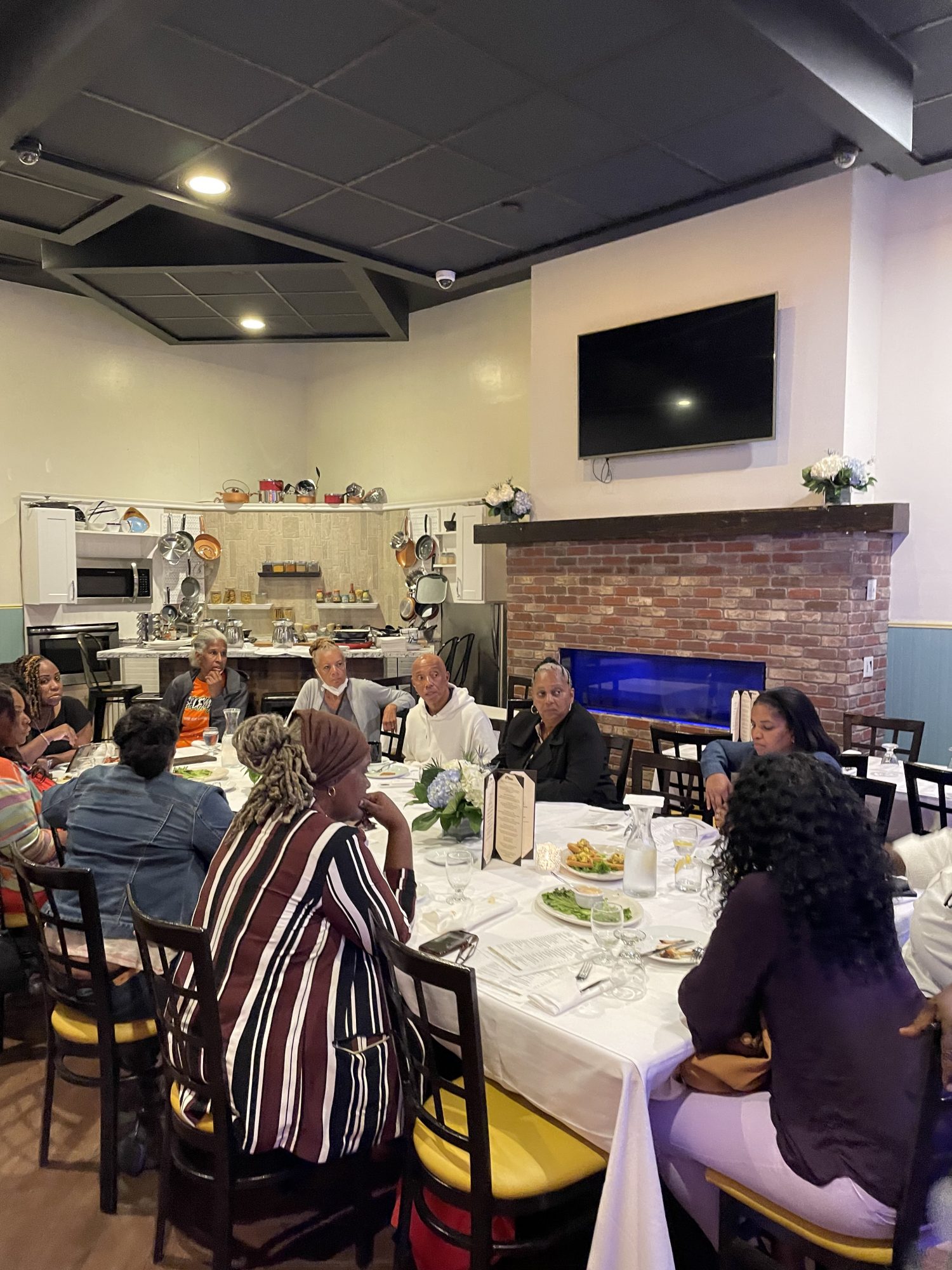 “I support because you’ve become my family, and I feel deeply for and think about you when you’re not around,” Simmons told the gathering at The Simpson restaurant on a stormy and rain-soaked night in New York.

Not even the tornado that touched down across the Hudson in New Jersey sending floodwaters all over the Big Apple could spoil the evening for Christopher and more than a dozen of her peers.

All of them have embraced each other in this sad but inspiring fraternity. Ford said the dinner had occurred each of the last 15 years thanks to Simmons’ generosity and the women’s need for an occasional night out.

“We’ve done a lot of work, and we have a lot to do,” said Ford, who is credited with empowering thousands of individuals and families to break the cycle of violence and promote peace.

Ford has received honors for implementing concepts for increasing safety that New York City officials said have resulted in a 10 percent reduction in violence throughout the five boroughs.

When she and Simmons began collaborating years ago, the mogul became one of the few celebrities to jump in feet first and remain intently involved. 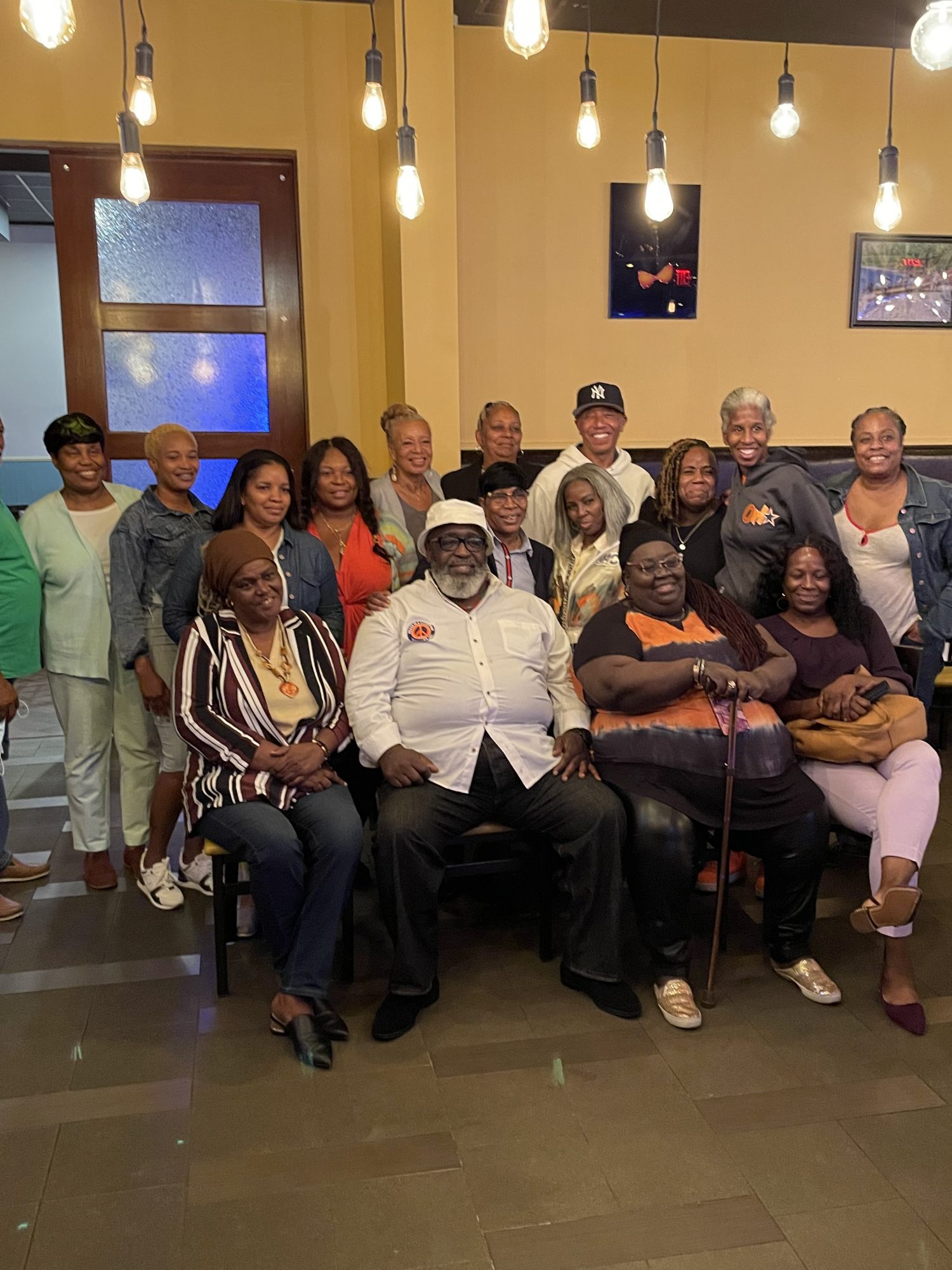 “For me, it’s selfish,” Simmons remarked. “It makes me feel good. I know [the women] get together a lot and build each other up, and that’s inspiring. I’ve been around a lot of people who don’t have the heart that they have. They live in a different world.”

For mothers like Christopher, the world will never be the same.

She said her son, Akeal, had decided to spend the summer with his father in the Crown Heights section of Brooklyn.

So, when Akeal’s father permitted him to attend a graduation party with some friends, it marked the last time anyone would see the gifted and athletic 14-year-old.

“He was with a group of friends, and they say gang members shot him in the back of the head,” said Christopher, who has spent the past nine years seeing psychiatrists and psychotherapists attempting to process her painful loss.

In experiences shared by many single parents who lost sons, Christopher recalled how Akeal had grown into the role of man of the house.

“He always used to come to me and say, ‘mom, I love you, and you are enough,’” Christopher remembered. She said he noticed his mom involved in unhealthy relationships and would reassure her that she deserved so much better.

“That’s what I missed the most,” Christopher recounted as her strong voice slowly tapered to a whisper.

Simmons and Ford both said the stories of all of the mothers are as heartbreaking as the next.

“That’s why we are here,” Ford determined. “We are family, and everyone has become so close.”

Simmons told the group that he’s building a hotel in Indonesia, complete with a yoga studio and eateries that cater to healthy eating and dining.

He desires to take the group on a retreat – perhaps to the Asian country upon completion of the project.

He also said he’d like men who have lost loved ones to open up and join the group.