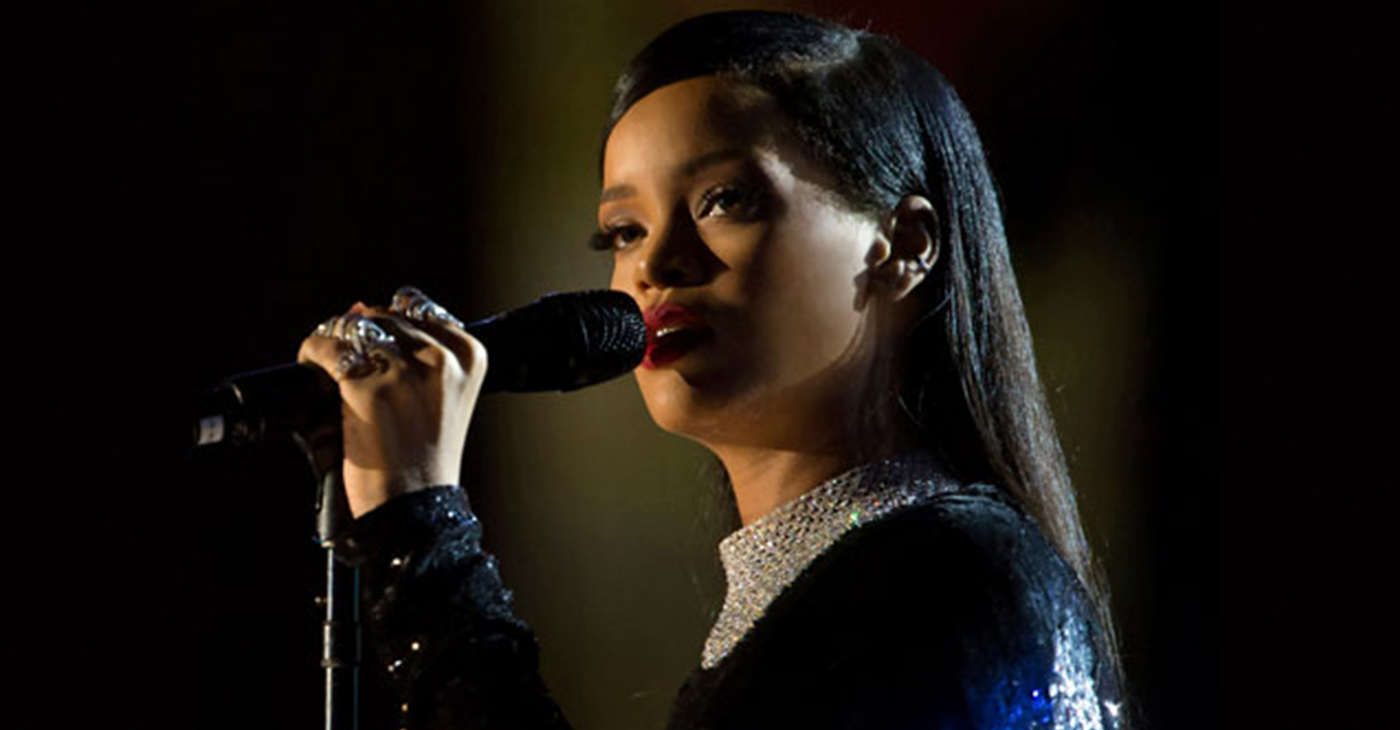 When the National Football League invited Rihanna to perform at the upcoming Super Bowl, the 9-time Grammy winner and Fenty business mogul took a knee.

Reportedly, the pop princess not only said, “No,” but her words were more like, “Hell no.”

Rihanna said she’s showing solidarity with Colin Kaepernick and NFL players who have been protesting racial disparities and police violence against blacks and other minorities by kneeling during the playing of the national anthem.

Rihanna’s reps didn’t immediately respond to requests from the NNPA Newswire for comment and an NFL spokesman said he wasn’t authorized to talk about the Super Bowl halftime show.

“Rihanna was the front-runner for next year’s Super Bowl halftime show,” NBC’s Today Show reported, quoting an unnamed source. The Network also reported that Rihanna’s friend and fellow superstar Pink also turned the NFL down in support of Kaepernick.

“CBS and the NFL reached out to Rihanna first, who after thinking about the offer, decided to pass due to the NFL and the situation regarding players kneeling,” The Today Show reported, again quoting a source.

“The offer and exposure would have been great for Rihanna as she’s planning a new album and tour but she stuck to what’s right in her eyes,” the source added.

The refusal by Rihanna, whose hits include “Umbrella,” “Work,” and “Diamonds,” likely came as a shock to NFL and CBS officials because the Super Bowl halftime show is the biggest stage in pop music and routinely commands an audience of more than 100 million people.

Some halftime show performances have been legendary. Some were great and others not-so-good.

Historically, the Super Bowl halftime show has helped to boost the music and CD sales of artists like, Prince, Michael Jackson, Whitney Houston, Beyoncé, U2, Madonna, The Rolling Stones, and Bruce Springsteen.

Social media exploded in support of Rihanna after she turned down the biggest stage in the world.

“I’m so here for @Rihanna turning down Super Bowl halftime to support @Kaepernick7. If you don’t stand for something, you’ll fall for anything, “wrote Twitter user @DaPrincess.

Tweeted @okayplayer: “In case you need another reason to love @Rihanna …”

@Shereeny tweeted that Rihanna was “a true queen” for turning down the Super Bowl in support of Kaepernick.

Facebook and Instagram users were just as supportive, many noting that with a superstar making such a bold statement, Kaepernick’s message might finally begin to penetrate inside the offices of NFL teams whose owners appear to have continually mistaken the former quarterback’s kneeling as an affront to veterans and the American flag.

Kaepernick has maintained that he began kneeling during the playing of the national anthem as a way to bring attention to ongoing police brutality and other social ills, particularly in minority communities.

“Awesome,” Facebook user Aaron E. Wilson wrote of Rihanna’s reported decision. “I might just have to buy an album or two of hers.”