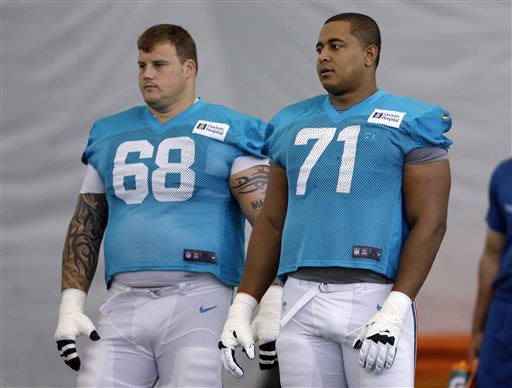 (USA Today) – Richie Incognito is closer than ever to getting another shot in the NFL.

The free agent guard who was at the center of last year’s Miami Dolphins bullying scandal is visiting the Tampa Bay Buccaneers on Monday, two people with knowledge of the visit confirmed to USA TODAY Sports on Monday.

The people spoke on condition of anonymity because the Bucs hadn’t announced the visit, which was first reported by FOXSports’ Jay Glazer.

Incognito, 31, has been out of work since his contract with the Dolphins expired in March. He was suspended the last eight games of the 2013 season by the Dolphins after representatives for teammate Jonathan Martin turned over evidence of alleged abuse by Incognito.