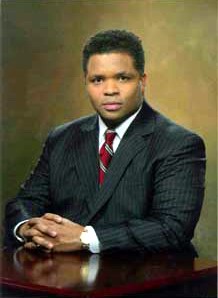 It’s been three years now since there was a national minimum wage increase. The current federal minimum wage was raised from $6.55 to $7.25 per hour as of July 24, 2009. At $7.25 an hour, that comes to just $15,080 a year for full-time work—a figure still below the official poverty line. Small business owners, congressional leaders, and advocates across the country are calling for renewed focus on sub-poverty earnings that millions of Americans are expected to get by on.

Congressmen Jesse Jackson Jr. (D-Ill.), John Conyers (D-Mich.), and Dennis Kucinich (D-Ohio) are among those leading the charge to increase the minimum wage. In June, they introduced the “Catching Up To 1968 Act of 2012,” legislation which would raise the federal hourly minimum wage to $10. The $10-an-hour rate “may sound like a hefty wage increase but it doesn’t fully equal the purchasing power of the minimum wage in 1968, which today would be closer to $11 per hour,” Jackson said at a press conference. Minimum wage has not kept up with inflation since 1968, its historical high point. Raising wages would allow American workers a degree of catching up. But in a Republican controlled House, the bill has been stagnant. President Obama also has proposed raising the minimum wage to $9.50 an hour.

Why And How Black Businesses Should Improve Their Customer Service