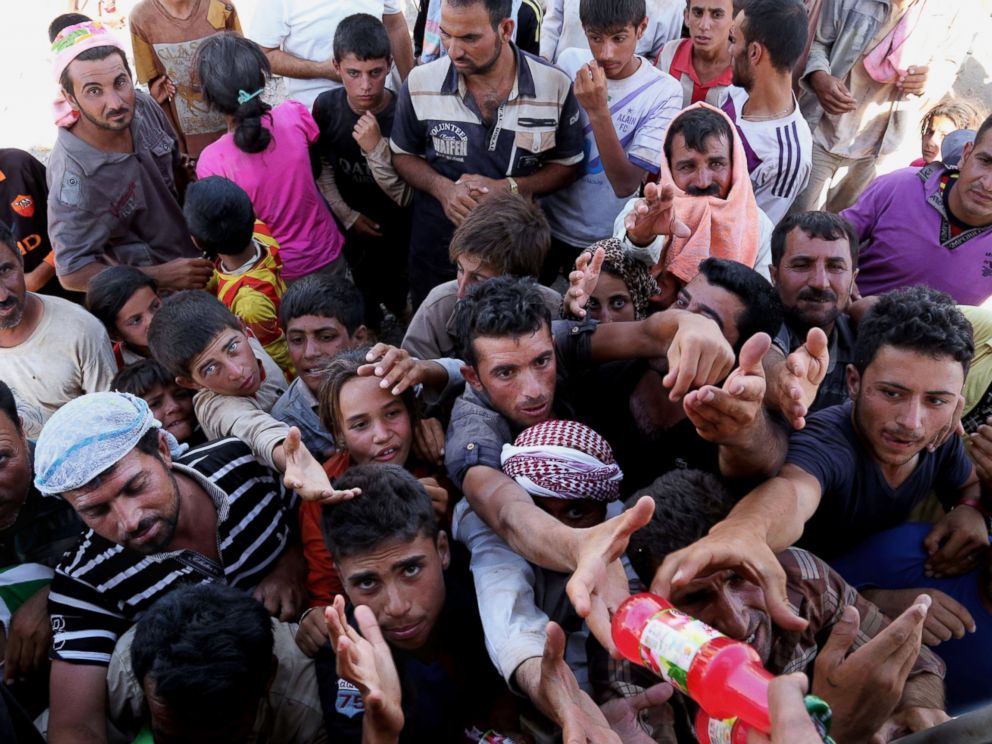 Displaced Iraqis from the Yazidi community gather for humanitarian aid at the Iraq. (Khalid Mohammed/AP)

(CBS News) – As an Iraqi helicopter landed on a barren mountaintop to deliver food and water, stranded members of the religious minority group Yazidis struggled to get on board.

There’s little wonder they’re desperate enough to mob the helicopter — fighting each other for the handful of seats on the aircraft. They’re stranded on the mountain in northwest Iraq, facing starvation.

The helicopter left with the people most in need, including dehydrated children. More than 50 children have already died on the mountain.

But they were lucky to get away safely. As a final goodbye, the militants opened fired on the helicopter.

God is Not Only A Promise Giver But A Promise Keeper