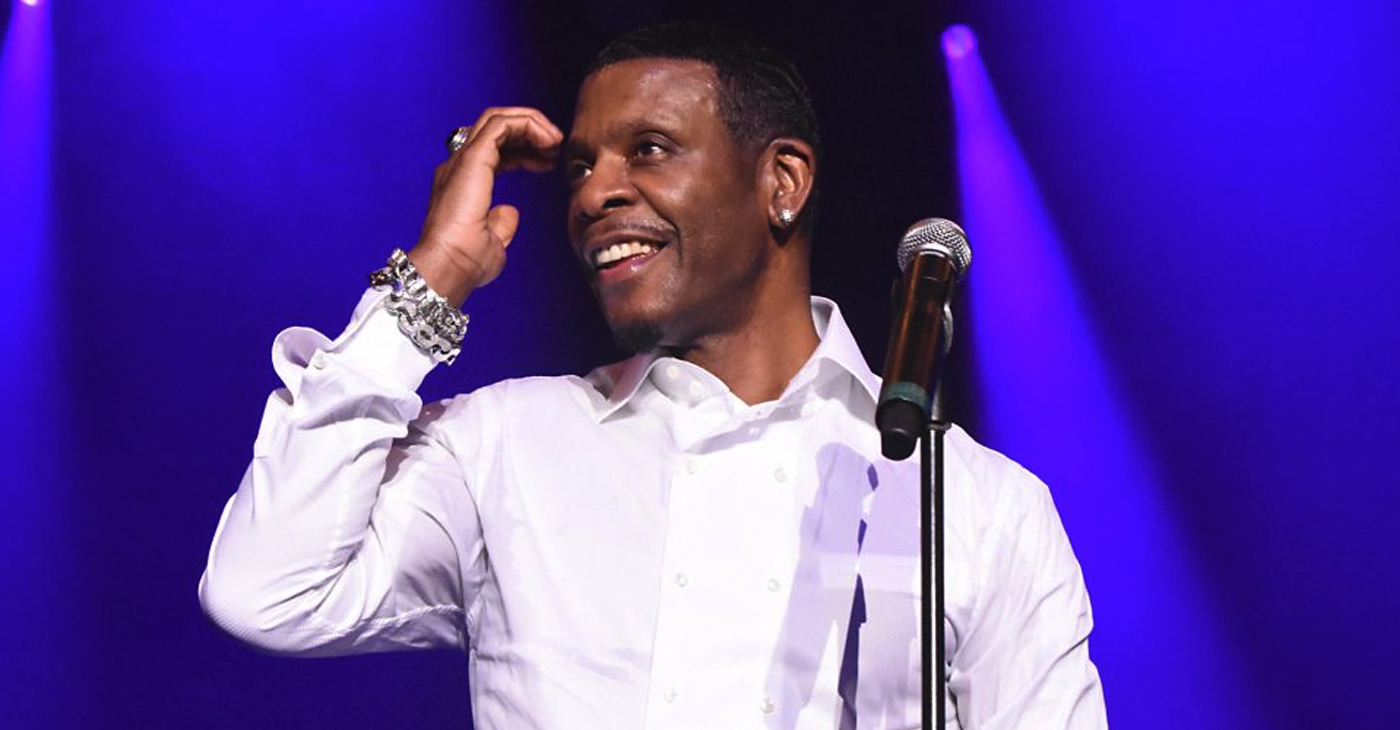 Keith Sweat walked on stage doing what he does best, begging and pleading for the women who love his music to get up on their feet. Sweat opened his solo set with hit songs “Don’t Stop Your Love,” “Get Up On It,” and “My Body.” He told his fans he could be there all night with all the hits he has.

Sweat asked the audience, “Can I sing some songs that I wrote that you guys been having babies to and that you cheated on your man or woman to?” He went on to perform “Let’s Chill,” “Lose Control,” and “Freak Me.”

“I make love to my songs,” Sweat said. “This music now, I can’t make love.” The singer also claimed credit for freaky music. He said once he began, everyone else jumped in after him.

As Sweat wowed fans with his impressive vocal range, women screamed, yelled, and grabbed for him as he walked across the stage. One lucky fan pulled onto the stage and Sweat serenaded her with his hit song, “Give All My Love To You.”

Later, six couples joined Sweat on stage to sing and dance to his hits and those of legendary artist Teddy Pendergrass and the group Cameo. He performed “Twisted,” “Come On Over To My Place,” “Make It Last Forever,” “How Deep Is Your Love,” “Nobody,” “Candy,” and “I Want Her.”

Sweat, who has been in the music industry for over 30 years as a singer, songwriter, and producer, also performed “Twisted,” “Come On Over To My Place,” “Make It Last Forever,” “How Deep Is Your Love,” “Nobody,” “Candy,” and “I Want Her.”