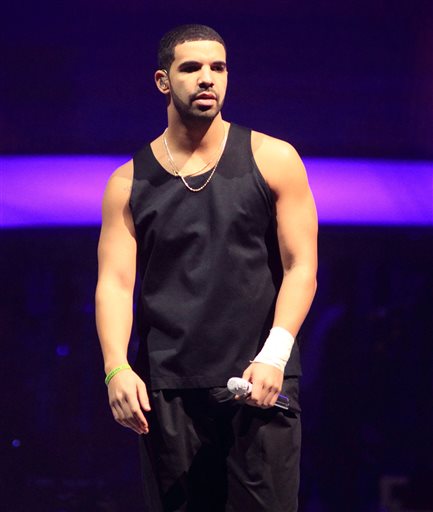 Rapper Drake performs in concert on the last date of his “Would You Like A Tour? 2013” at the Wells Fargo Center in this Wednesday, Dec. 18, 2013 file photo taken in Philadelphia. The Grammy-winning rapper released a new album called “If You’re Reading This It’s Too Late” early Friday morning Feb. 13, 2015 on iTunes. (Photo by Owen Sweeney/Invision/AP)

NEW YORK (AP) — Drake was featured on Beyonce’s surprise album — and now he’s taking a page from her book.

The release comes more than a year after Beyonce released her self-titled album on iTunes without announcing it. Others have dropped albums in surprise form, from alternative rapper Kid Cudi to Australian rockers Wolfmother to rap group G Unit.

Drake’s hits include “Started from the Bottom,” ”Take Care” and “Best I Ever Had.”

The Key Players in the Bobbi Kristina Brown Saga

Reel-ality TV Talk: Housewives had their Own Super Bowl