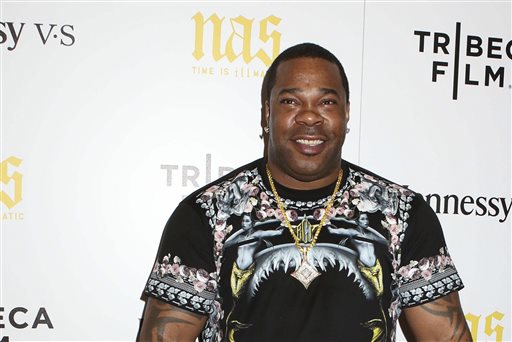 In this Sept. 30, 2014, file photo, rapper Busta Rhymes attends the premiere of “Nas: Time Is Illmatic” at the Museum of Modern Art in New York. Rhymes was arrested Wednesday, Aug. 5, 2015, following a dispute at a gym in New York. (Photo by Greg Allen/Invision/AP, File)

NEW YORK (AP) — Rapper Busta Rhymes has been charged with assault after allegedly throwing a protein drink at a Manhattan gym employee.

A spokesman for the New York Police Department says the Brooklyn-born rapper and the worker had been involved in a dispute that escalated. He says Rhymes allegedly threw a 17-ounce cardboard container of strawberry protein drink at the man, hitting him in the head. It wasn’t immediately known if there were injuries.

A lawyer for Rhymes, known for his songs “Gimme Some More” and “Dangerous,” tells The Daily News he’s confident Rhymes will beat the second degree assault charge.

David Simon Says: ‘Show Me a Hero’ and I’ll Write You a Tragedy