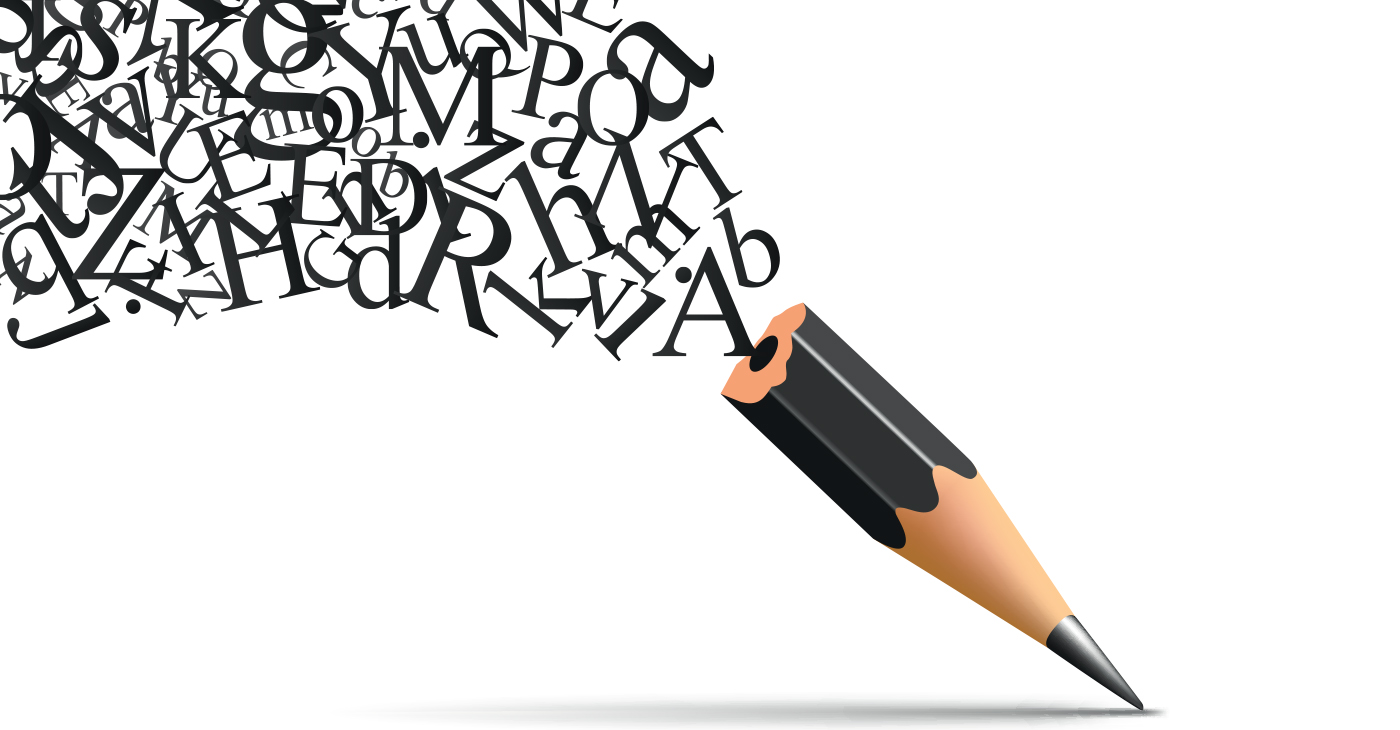 “Poetry shows us the way forward, and there is no poetry without the imagination and talent of those behind the pen,” said Poetry Foundation president, Michelle T. Boone.

CHICAGO —The Poetry Foundation is proud to announce the winners of the 2022 Pegasus Awards, a family of literary prizes that include the Ruth Lilly Poetry Prize, the Young People’s Poet Laureate, and the Pegasus Award for Poetry Criticism. The winners will be honored at an awards ceremony in Chicago in October.

In recognition of Poetry magazine’s 110th anniversary, the Poetry Foundation has decided to award 10 additional Ruth Lilly Poetry Prizes this year, resulting in $1,132,500 in prizes distributed to the 2022 winners. It is the greatest prize amount that the Foundation has ever awarded to a cohort of living poets at one time.

“We’re celebrating 110 years of Poetry magazine this year and approaching 20 years of the Poetry Foundation in 2023. We wanted to do something special to mark these milestones by honoring an outstanding cohort of writers whose work has brought comfort and inspiration to so many,” said Poetry Foundation president, Michelle T. Boone. “Poetry shows us the way forward, and there is no poetry without the imagination and talent of those behind the pen.”

The Ruth Lilly Poetry Prize is annually awarded to one living US poet with an award of $100,000 in recognition of their outstanding lifetime achievement; it is one of the most prestigious awards given to American poets, and one of the nation’s largest literary prizes.

In honor of the 110th anniversary of Poetry and in alignment with the goals announced in its new Strategic Plan, the Poetry Foundation is awarding 11 Ruth Lilly Poetry Prizes in 2022. The decision not only commemorates a historic milestone for the Foundation and magazine, but celebrates a diversity of backgrounds and styles from poets whose contributions to culture warrant the same recognition afforded to artists in other forms.

Sandra Cisneros is a poet, short story writer, novelist, and essayist whose work explores the lives of the working class. Cisneros’s novel The House on Mango Street has been translated into over 25 languages, and is required reading in elementary, high school, and universities across the nation. Her awards include a MacArthur Fellowship, a National Medal of Arts, and a PEN/Nabokov Award for International Literature, among others. Cisneros’s new collection of poetry, Woman Without Shame, is published by Knopf and Vintage Español in a Spanish language translation.

CAConrad has worked with the ancient technologies of poetry and ritual since 1975; their honors include a Lambda Literary Award. As a young poet, they lived in Philadelphia, where they lost many loved ones during the early years of the AIDS crisis, as documented in the essay “SIN BUG: AIDS, Poetry, and Queer Resilience in Philadelphia.” Conrad is the author of many books of poetry, including AMANDA PARADISE: Resurrect Extinct Vibration and While Standing in Line for Death.

Rita Dove is a writer of poetry, fiction, drama, and essays who served as the United States Poet Laureate from 1993–1995. Dove’s honors include an NAACP Image Award, a National Medal of Arts, and a Pulitzer Prize for Poetry, among others. Her latest volume of poems, Playlist for the Apocalypse, was named a “Top Book of 2021” by The New York Times. Dove teaches at the University of Virginia in Charlottesville, where she is the Henry Hoyns Professor of Creative Writing.

Nikki Giovanni is a poet and the author of several works of nonfiction and children’s literature, and multiple recordings, including the Emmy-award nominated The Nikki Giovanni Poetry Collection. Giovanni’s honors include a Langston Hughes Award for Distinguished Contributions to Arts and Letters, seven NAACP Image Awards, and a Rosa Parks Women of Courage Award. Her recent publications include Make Me Rain: Poems and Prose and Chasing Utopia: A Hybrid.

Juan Felipe Herrera is a poet and son of farmworkers; he has served as both the Poet Laureate of the United States and California. Herrera’s awards include a National Book Critics Circle Award, a Los Angeles Times Robert Kirsch Lifetime Achievement Award, and a Latino Hall of Fame Award, among others. He is the author of more than 30 books, including the recent poetry collection Every Day We Get More Illegal and the translation Akrílica. The Juan Felipe Herrera Elementary School is scheduled to open in Fresno in Fall 2022.

Angela Jackson is a Chicago poet, playwright, and novelist currently serving as the Illinois Poet Laureate. Jackson’s honors include a Pushcart Prize and a Shelley Memorial Award from Poetry Society of America. Her poetry collection, All These Roads Be Luminous, was nominated for the National Book Award, and her debut novel, Where I Must Go, won an American Book Award. In addition, Jackson has written four plays: Comfort Stew, Witness!, Shango Diaspora: An African-American Myth of Womanhood and Love.

Haki Madhubuti is a poet, author, publisher, and educator. Madhubuti is widely regarded as one of the architects of the Black Arts Movement, and is the founder and publisher of Chicago’s Third World Press. Madhubuti has published more than 36 books, including his recent collection, Taught By Women: Poems As Resistance Language, New and Selected. His honors include an American Book Award, a Hurston/Wright Legacy Prize, and a Studs Terkel Humanities Service Award, among others.

Sharon Olds is the author of 12 books of poetry, including Arias, short-listed for the 2020 Griffin Poetry Prize, and Stag’s Leap, winner of a Pulitzer Prize and a T. S. Eliot Prize. Olds’s other honors include the inaugural San Francisco Poetry Center Award and a National Book Critics Circle Award. She teaches in the Graduate Creative Writing Program at New York University, and helped to found the NYU workshop program for residents of Coler-Goldwater Hospital on Roosevelt Island.

Sonia Sanchez is a poet, playwright, professor, activist, and one of the foremost leaders of the Black Studies movement. Sanchez is the author of over 20 books, including Morning Haiku, Shake Loose My Skin, and her Collected Poems, published in 2021. Her honors include an American Book Award, an Anisfield-Wolf Lifetime Achievement Award, a Langston Hughes Poetry Award, and a Robert Frost Medal, among others; in 2011, she was named the first Poet Laureate of Philadelphia.

Patti Smith was born in Chicago, raised in South Jersey, and moved to New York City in 1967. Smith’s books of nonfiction and poetry include Year of the Monkey, Devotion, and M Train; her new collection, A Book of Days, is forthcoming. Her honors include the 2010 National Book Award for her bestselling memoir Just Kids, a PEN/Audible Literary Service Award, and being named a Doctor of Humane Letters from Columbia University.

Arthur Sze is a poet, translator, and editor; he is the author of 11 of poetry, including The Glass Constellation: New and Collected Poems and Sight Lines, which won a National Book Award for Poetry. Sze’s honors include a Shelley Memorial Award, a Jackson Poetry Prize, and a Lannan Literary Award, among others. He was a Chancellor of the Academy of American Poets from 2012–2017, and was elected a fellow of the American Academy of Arts and Sciences in 2017. He is a professor emeritus at the Institute of American Indian Arts.

Elizabeth Acevedo Named New Young People’s Poet Laureate
Elizabeth Acevedo, the bestselling author of The Poet X, will serve as the 2022–2024 Young People’s Poet Laureate. The laureateship and $25,000 prize are awarded to a living writer in recognition of a career devoted to writing exceptional poetry for young readers. The aim of the Laureate is to promote poetry to children and their families, teachers, and librarians throughout their two-year tenure.

Acevedo’s second book, With the Fire on High, was named a “best book of the year” by the New York Public Library, NPR, Publishers Weekly, and School Library Journal. Other honors include a Boston Globe-Horn Book Award, a National Book Award for Young People’s Literature, and a National Poetry Slam championship. She will advise the Poetry Foundation on matters relating to young people’s literature.

Recent Young People’s Poet Laureates include Naomi Shihab Nye (whose tenure was extended due to interruptions during the Covid-19 pandemic), Margarita Engle, and Jacqueline Woodson.

Kevin Quashie Wins Pegasus Award for Poetry Criticism
The Pegasus Award for Poetry Criticism annually honors one book-length work of criticism published in the prior calendar year, and includes a prize of $7,500. Kevin Quashie is the 2022 recipient for his book Black Aliveness, or A Poetics of Being, which draws on Black feminist literary texts, including work by poets Lucille Clifton, Audre Lorde, and June Jordan.

Quashie teaches Black cultural and literary studies and is a professor in the department of English at Brown University. Among his honors are a fellowship from the National Endowment for the Humanities and a grant from the Andrew W. Mellon Foundation, as well as citations for teaching excellence from Brown University and Smith College.

The 2022 Criticism finalists were Anahid Nersessian for Keats’s Odes: A Lover’s Discourse (The University of Chicago Press) and Rachel Zolf for No One’s Witness: A Monstrous Poetics (Duke University Press).