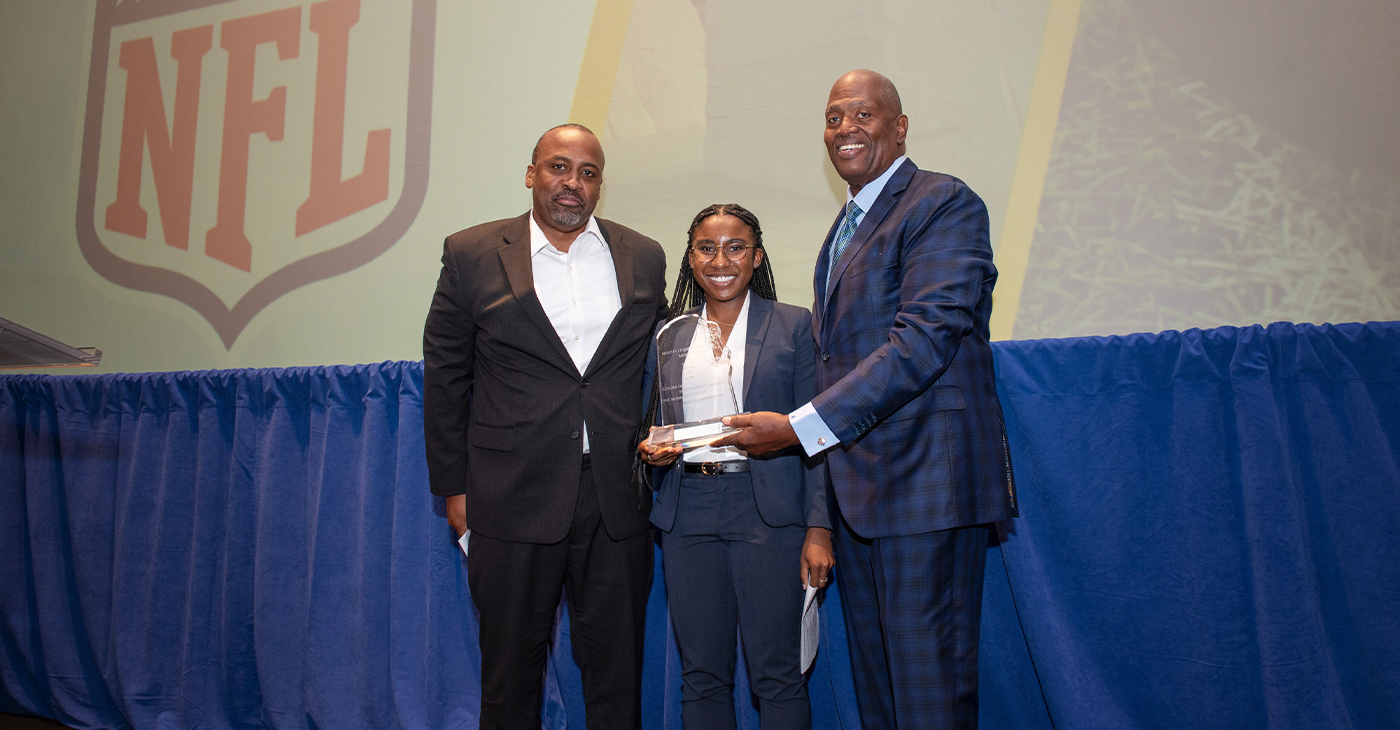 Last month more than four hundred guests gathered at the Waldorf Astoria Hotel in Washington, DC, for the 15th Annual Leaders of Democracy Awards Luncheon hosted by The Memorial Foundation. Among those recognized was the National Football League for their work to increase diversity and provide greater opportunities for minority executives and coaches.

Formed in 2011, The Memorial Foundation was spun out of the Washington, DC Martin Luther King, Jr. National Memorial Project Foundation and is led by lawyer, entrepreneur, and former National President of Alpha Phi Alpha Fraternity, Incorporated Harry E. Johnson, Sr. Since its launch, the Memorial Foundation has been applauded for its Social Justice Fellows program, and Global Youth Leadership conferences held on HBCU campuses across the country.

“On behalf of the Commissioner, players, team owners, and staff, it is with enormous gratitude we accept this award,” said Beane. “Since joining the NFL, I have enjoyed working in the trenches with my colleagues to position highly qualified and talented candidates to assume executive leadership roles in the C-suite and on the field. We’ve made significant progress, yet there’s still a lot of work we can and will do.”

Diversity initiatives in the NFL are not new. In past years, the NFL has held a series of coaching summits and general manager forums to help build and expand the talent pipeline for minority candidates. During its May 2022 owners meeting in Atlanta, the NFL brought together, for the first time, team owners and minority candidates for its Front Office and Coaches Accelerator. Weeks after the Atlanta event, the NFL held its annual Ozzie Newsome Quarterback Summit and General Manager Forum in Los Angeles, co-hosted by the Black College Hall of Fame Foundation. These initiatives, the NFL says, give minority coaches and executives the one-on-one facetime with team owners and presidents, who are the ultimate decision-makers in the hiring process.

“The Memorial Foundation applauds the NFL for their ongoing efforts to increase diversity at all levels of the organization,” said Memorial Foundation president Harry Johnson, Sr. “We recognize the road to building a more inclusive and equitable society will not be achieved overnight – but must be intentional and with all deliberate speed.”

In addition to its accelerators and forums, the NFL was also recognized for its multi-million-dollar social justice and voter awareness campaigns, minority business partnerships, and extensive HBCU academic programming and internships.

REPORT REVEALS MILLIONS TO BE DENIED VOTING RIGHTS IN THE MIDTERMS