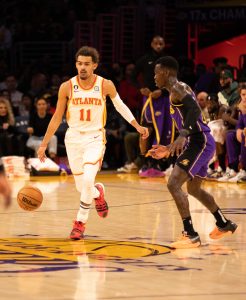 Young says the loss of Clint Capela allowed the Lakers to dominate the painted area. The Hawks gave up 66 points in the paint Friday night and 70 points in the first half.