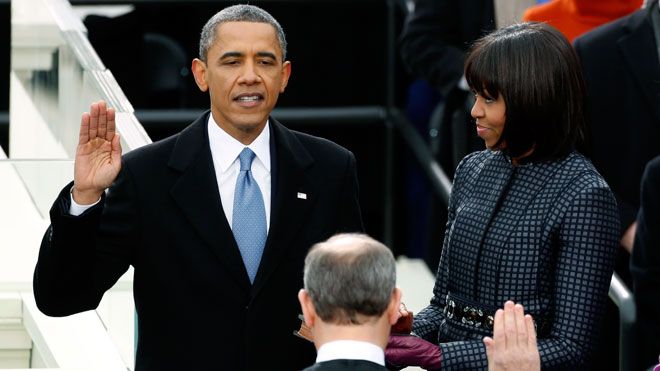 Yesterday, Barack Obama took the oath of office to begin his second term. He faces a different environment than he did when he became President four years ago.

At the time, the country was in the depths of the Great Recession. The stock market was down, bonuses were withheld, large corporations needed government bailouts to avoid bankruptcy, and companies were laying people off. Entrepreneurs seeking capital to start small businesses had a difficult time securing financing. The country turned to a leader who promised “hope and change” at the time.

Although the economic recovery has been far from robust, the overall picture is better than it was in January 2009. The boom times of the mid-2000s have been replaced by more a solid but unspectacular economic reality.

According to a recently released Wall Street Journal/NBC News Poll, nearly 60% of respondents said the country was on the wrong track, while about a third felt the country was heading in the right direction.