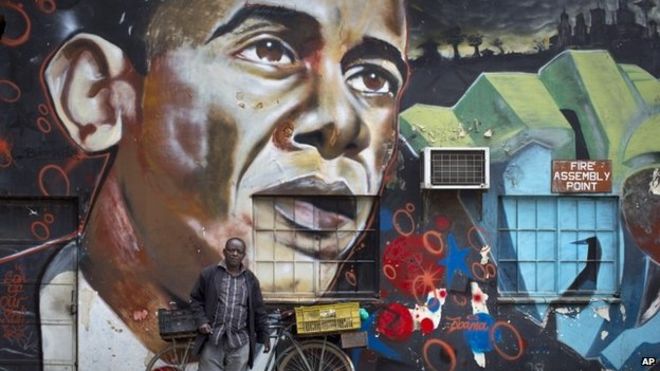 President Obama is staking his reputation in Africa on long-term trade and leadership projects. (AP Photo)

(BBC) – As President Obama finished his speech to the African Union (AU) in Addis Ababa last month and stepped off the stage, a tempest whipped up outside.

The trees swayed, the rain battered the domed roof of the headquarters building and, given the lecture he’d just delivered to African leaders from their own pulpit, it might well have been the ghosts of dictators past rattling the rafters.

He talked about democracy and the “cancer of corruption,” but the words which reverberated across the continent were an off-script put-down of leaders who “refuse to step aside when their terms end”.

The audience cheered, but not surprisingly the assembly’s seats weren’t filled by the continent’s presidents.

Britain and France Crack Down on Economic Migrants