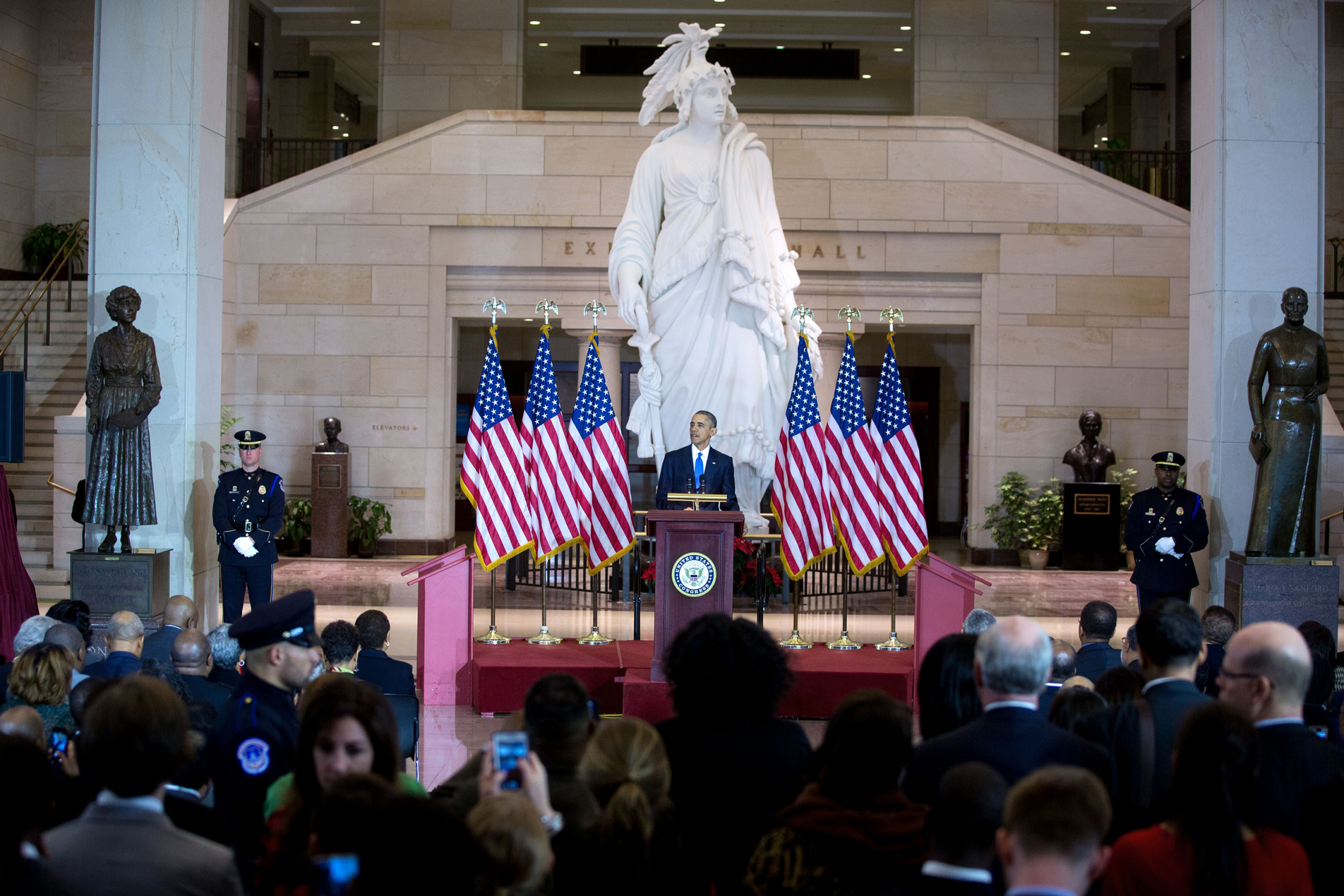 WASHINGTON – Ask Americans what the Emancipation Proclamation is and most who know of President Abraham Lincoln’s executive order will respond like 20-year-old Ebony Harris, a student of Howard University from Chicago, Ill., and say, “Isn’t that the thing that freed the slaves?”

But, the Emancipation Proclamation did not actually free the slaves. It freed three of the four million slaves in states that were in revolt against the Union during the Civil War, and it was not permanent.

Ask them about the 13th Amendment to the Constitution, and most responses sound like Josephine Jacob-Cox, a schedule manager for the New York City Transit Authority.

“Does it have something to do with voting,” Jacob-Cox asked.

Actually, this was the law that freed the slaves.

Obama and Congress paused last week (Wednesday) to celebrate the moment 119 all White men in the U.S. House of Representatives would forever abolish slavery and involuntary servitude, except as punishment for a crime.

“Today, the issue of chattel slavery seems so simple, so obvious — it is wrong in every sense, stealing men, women, and children from their homelands, tearing husband from wife, parent from child; stripped and sold to the highest bidder; shackled in chains and bloodied with the whip,” Obama said in Emancipation Hall at the U.S. Capitol.

Fredette West, director of the African American Health Alliance and the chair of the Racial and Ethnic Health Disparities Coalition, expressed her happiness to be a guest at the commemoration.

“This commemoration was deep and penetrating to the soul,” West said. “I wish everyone had the opportunity to be here, but it’s great that the media was here so the youth can hear it and take in the message that was given today.”

“The 13th amendment is just 43 words long,” Ryan said. “It is so short that you can almost miss its whole significance. Today we celebrate this 43-word amendment; this new birth of freedom. It is altogether fitting and proper that we do this.”

Although the amendment’s purpose was to abolish slavery, it was also a strategy to end the bloody and tragic fatalities during the Civil War of 1861 to 1865. For four years, Black and White Union soldiers were fighting in the war together against the rebellious Confederacy, causing over half a million deaths. Fear of more tragic fatalities caused Lincoln to threaten to free all of the slaves in the U.S with the Emancipation Proclamation in 1863.

Even after the Senate passed the amendment April 1864, Lincoln aggressively pursued the favor of representatives in the House who opposed the amendment by bribing them, offering his support in their political careers and even convincing them that the amendment’s purpose had nothing to do with racial equality.

The fear of granting African Americans the same constitutional rights caused fear, therefore, creating the constant battle to grant passage of the amendment. However, on Jan. 31, 1865, the House finally passed the bill, with 119 yes votes and 56 against.

Once the bill was passed in January, on Dec. 6, 1865, the bill was ratified, declaring the end of slavery. Eventually, several states began to ratify the amendment to their state constitutions, the first being Illinois on Feb. 1, 1865.

Rep. Nancy Pelosi (D-Calif.) presented first lady Michelle Obama’s remarks on her reverence of the progress of African Americans and the United States since the abolishment of slavery.

“She said that ‘Today’ — and I carry this in my heart — ‘I hope that Sojourner Truth would be proud to see me, a descendant of slaves serving as the first lady of the United States of America,’” Pelosi said.

Obama also gave reverence to the African American leaders of the past who struggled and fought for the freedom that all citizens of America have today, such as Harriet Tubman, Dr. Martin Luther King, Jr., and Frederick Douglass. He also commended Lincoln for being the president that sparked the change that America needed to see.