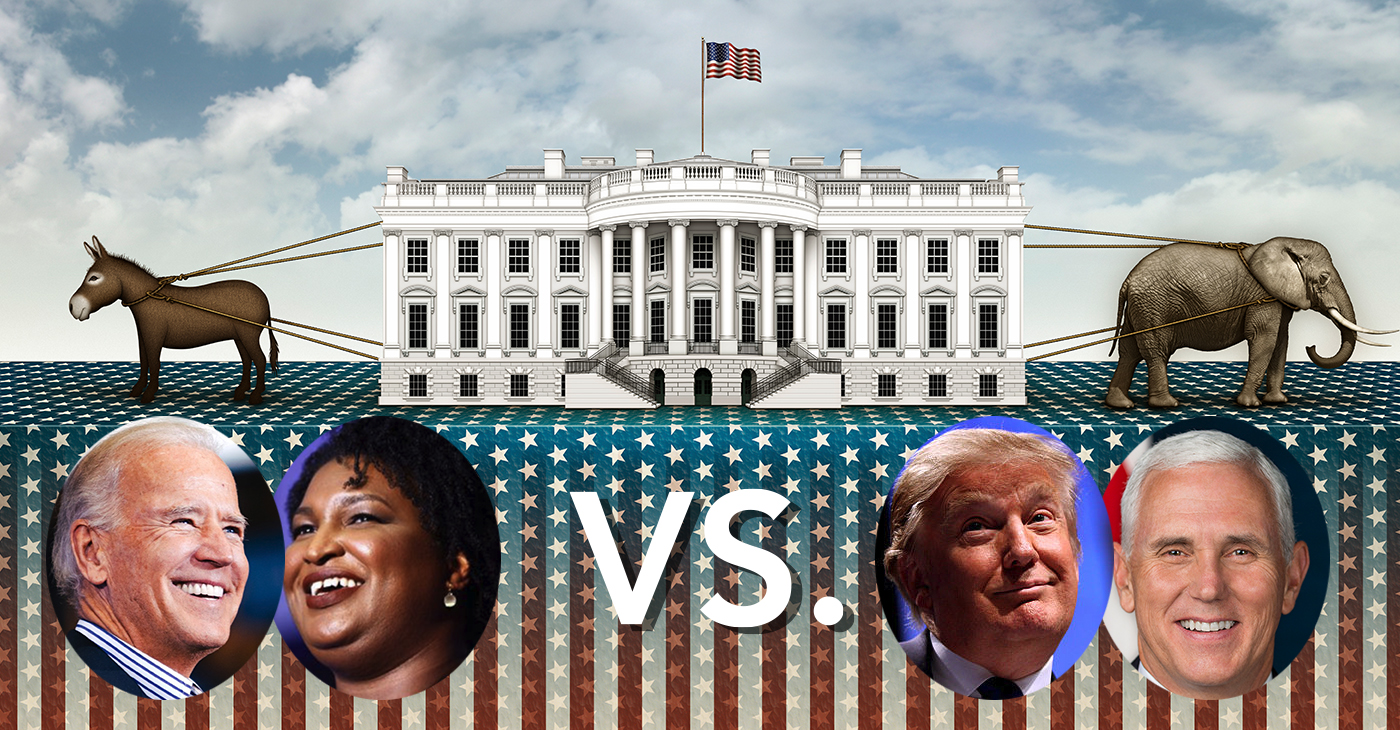 The Biden-Abrams ticket was the strongest of the options among African American voters and women of color. (Photo: iStockphoto /NNPA; joebiden.com; Wikimedia Commons)

A Democratic ticket of Joe Biden and former Georgia Rep. Stacey Abrams would beat a Republican pairing of Donald Trump and Mike Pence, according to a progressive think tank whose polls of presidential primary contests have earned high marks for their accuracy.

Way to Win, a women-led political funding group, commissioned Data for Progress to look into a potential vice presidential pick.

The organization began conducting a new poll after Biden took a commanding lead in the delegate count following a string of primary wins that began in South Carolina and have continued through Super Tuesday and Super Tuesday II.

Biden’s best chance to win in November is by selecting Abrams, according to the poll, an online survey of 4,998 likely voters across the country.

“A Biden–Abrams ticket would beat a Trump-Pence ticket and perform competitively with other hypothetical tickets, while also overperforming with key groups that constitute the Democratic Party’s base,” Data for Progress founder Sean McElwee wrote in an online memo.

Biden, whose most recent primary victories include Florida, Illinois, and Arizona, enjoys a healthy delegate lead with 1,142 to the 824 picked up by his remaining opponent, Sen. Bernie Sanders (D-Vermont). A total of 1,991 delegates are needed to clinch the nomination.

Biden has pledged to select a woman as vice president should he secure the nomination.

“My cabinet, my administration will look like the country, and I commit that I will, in fact, appoint a, pick a woman to be vice president,” Biden stated during the most recent Democratic Debate in Washington, D.C.

“There are a number of women who are qualified to be president tomorrow. I would pick a woman to be my vice president,” added Biden.

The survey noted that a Biden-Warren ticket did perform slightly better among young voters, a pairing of Biden and Abrams was a close second and tied with a Biden-Klobuchar ticket among independent voters.

The Biden-Abrams ticket was the strongest of the options among African American voters and women of color.

The Ways to Win memo noted that other hypothetical tickets raise significant concerns about control of the Senate.

“There are even risks for Biden picking Warren to run as his vice president,” the group noted in the memo. “The governor of Massachusetts is Charlie Baker, a Republican, who will have the power to appoint a replacement for Warren until a special election takes place.”

To view the poll and memo, visit https://www.dataforprogress.org/memos