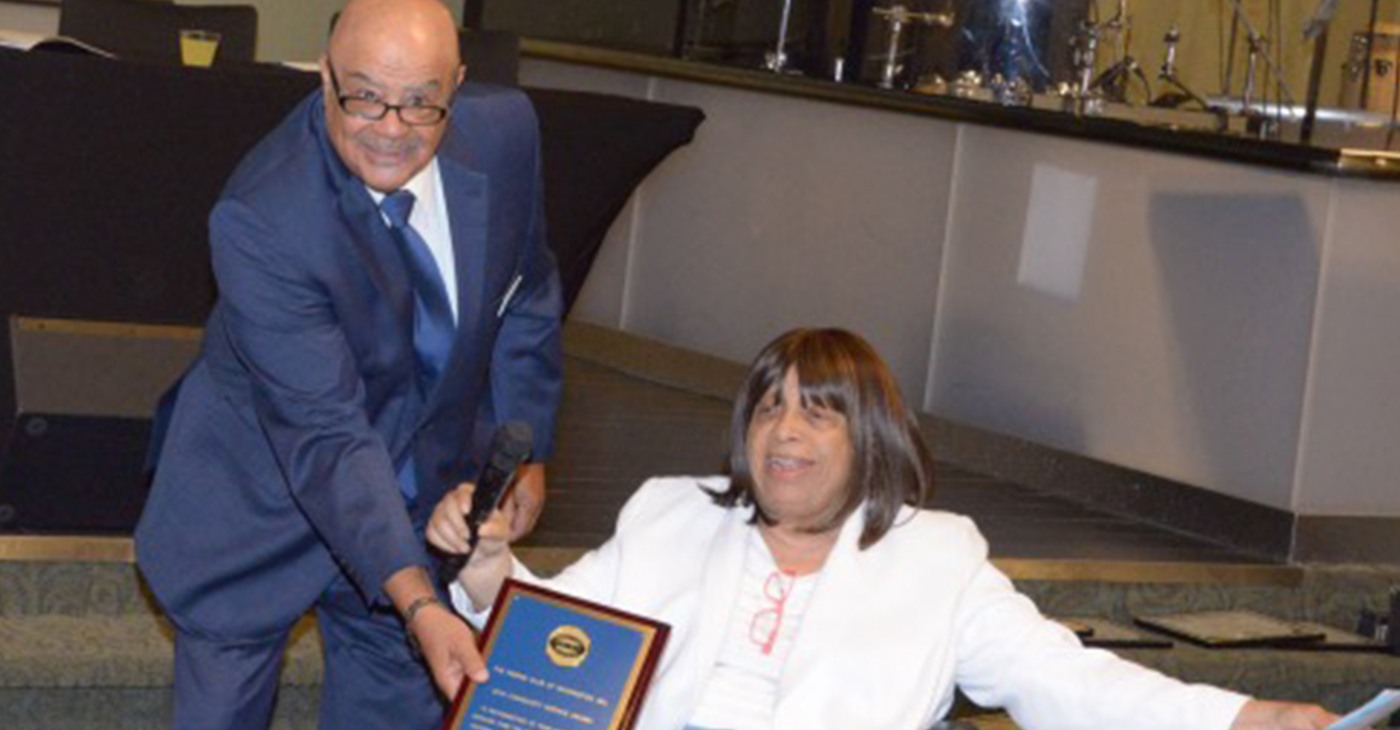 The Pigskin Club of Washington, Inc. held its annual Spring Sports Awards banquet Saturday at the First Baptist Church of Glenarden in Upper Marlboro, Maryland, where more than 50 student athletes, coaches and special community awardees were honored for their contributions.

Awards were presented to athletes and coaches in the sports of baseball, softball, track and field, lacrosse, golf, tennis, boys and girls basketball, and for the first time, swimming and diving was represented.

While there were a number of the student athletes who stood out for their accomplishments, Kayle Alegre from Parkdale High School had one of the more impressive resumes.

A senior golfer who posted an unbelievable record this past season, Kayle was equally impressive in the classroom and outside of it as he served as a leader in the ROTC program at Parkdale.

Kayle was one of 22 athletes who received the double honors for their athletic and academic achievements.

“When we first initiated the academic component of 3.0, we found that it was very popular among the awardees,” said A.B. Williamson, who is serving his first full term as president of the Pigskin Club after serving 10 years on the board. “We are extremely proud as there were 22 of the honorees who received both this year. That is the largest ever and it is something we plan to build on. We plan them throughout their years in their chosen university or school.”

Other standouts who were honored included Sam Caldwell, head girls basketball coach, who was named the coach of the year after leading New Hope Christian Academy to the Geico national championship.

“This is such a great honor but our success came by way of the outstanding young women who are special to me and this program,” said Caldwell, referring to two of his players, Jenifer Ezeh and Kylie Kornegay-Lucas, who were named to the All-Met first team. “It shows that this area has become one of the tops in the country in girls basketball.”

A number of the seniors will be going away to pursue their athletics dreams at such institution as Harvard, Penn State, North Carolina at Chapel Hill, University of Maryland and Yale.

Special awards were presented to Anita “Ma” Nance and Jimmy Jenkins. Vance was presented with the Exceptional Community Service Award for the impact she had on the Eastern High School community as a cheerleading coach and teacher, but more importantly for her phenomenal fundraising efforts that benefited the athletic programs there.

Jenkins received the Community Service Award for contributions in the entertainment field as a theatrical director, writer and movie producer.

Edward Hill Special to The Informer