Peru Drug Charge Women 'Are Drop in the Ocean'
Advertisement 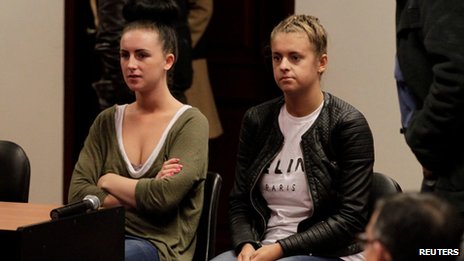 As two young UK women prepare to appear before a Peruvian judge on drug-smuggling charges, the country’s former anti-drugs chief tells the BBC their arrests are just a “drop in the ocean”.

Amid reports that one or both of the women – Michaella McCollum and Melissa Reid – are set to admit trying to smuggle the drugs found in their luggage, the BBC has been told that for every person successfully stopped carrying narcotics at Lima’s international airport, many more get through undetected.

Ms McCollum, from Dungannon in Northern Ireland, and Ms Reid, of Lenzie near Glasgow, have been in a Lima jail since their arrest in early August.

Both are just 20 years old and still face several years in Peruvian custody, even if they are eventually given reduced sentences under any plea bargain.

Groups Accuse US of Human Rights Abuses in Vieques

Russia, France Admit to Differences on How to Resolve Syria Conflict