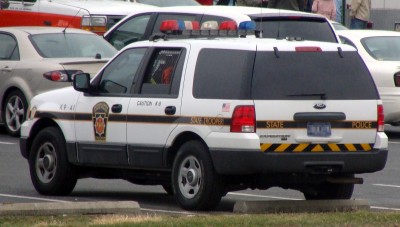 HERSHEY, Pa. (AP) — The head of the Pennsylvania State Police urged the U.S. Justice Department on Wednesday to withdraw a new lawsuit that claims the agency’s physical fitness standards for recruits discriminate against women.

Commissioner Frank Noonan said identical requirements for men and women make sense because most new troopers perform the same job, and that lowering standards would endanger safety and insult those who have already met them.

“We will not be bullied into changing and lowering our standards by the Department of Justice or anybody else,” Noonan told reporters outside the police academy in Hershey.

Noonan said the standards for incoming recruits are modest, including a 300 meter run in 1 minute and 17 seconds, 13 push-ups, a 14-inch vertical leap and running for 1.5 miles in 17 minutes and 48 seconds. He said a recruit in poor physical condition can slow down the entire class.

“This is not an impossible task,” Noonan said. “We’re not looking for Olympic athletes.”

The lawsuit said that nearly all male recruits pass the initial physical readiness tests, while about 30 percent of women fail. About 5 percent of the department’s 4,700 sworn members are women, and Noonan said recruiting more women is a priority.

The 10-page lawsuit filed Tuesday in federal court in Harrisburg asks a judge to order the department hire women on an equal basis with men.

The Justice Department’s Civil Rights Division argued that the different pass rates for men and women were evidence the tests had a disparate impact on women. It seeks an order preventing the state police from engaging in discriminatory employment practices, as well as back pay and other remedies for women who did not pass the test.

If women had passed at the same rate as men over a recent decade, about 120 more women would have advanced in the hiring process and about 45 would have made the force, the Justice Department said.

“They do not want separate standards for this job, because invariably that would make them second-class troopers, troopers who can’t meet the standards,” Noonan said.

Pennsylvania has one of the nation’s largest state police forces. It provides coverage to about 80 percent of the state, including many rural and remote areas.

“By the nature of our job, we’re out there by ourselves,” Noonan said. “A lot of times we don’t have backup. So to put a test in place that basically passes everybody — well, what’s the point of having a test?”

Can a 5-Minute Run Help You Live Longer?