Paul Ryan: 'We're in the 50th Anniversary in the War on Poverty, and We Are Not Winning It'
Advertisement 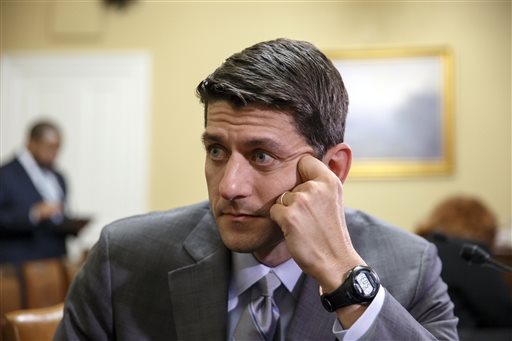 House Budget Committee Chairman Paul Ryan, R-Wis., goes before the House Rules Committee for final work on his budget to fund the government in fiscal year 2015, at the Capitol in Washington, in this April 7, 2014 file photo. (AP Photo/J. Scott Applewhite, File)

Ryan, the chair of the House Budget Committee, unveiled his new plan on the show. “We’re in the 50th anniversary in the war on poverty, and we are not winning it,” said Ryan. “We reformed welfare in 1996, and it was very successful: work requirements, time limits, local control, experimentation in our states. That was one program. There are 92 other programs that have not been reformed like that.”