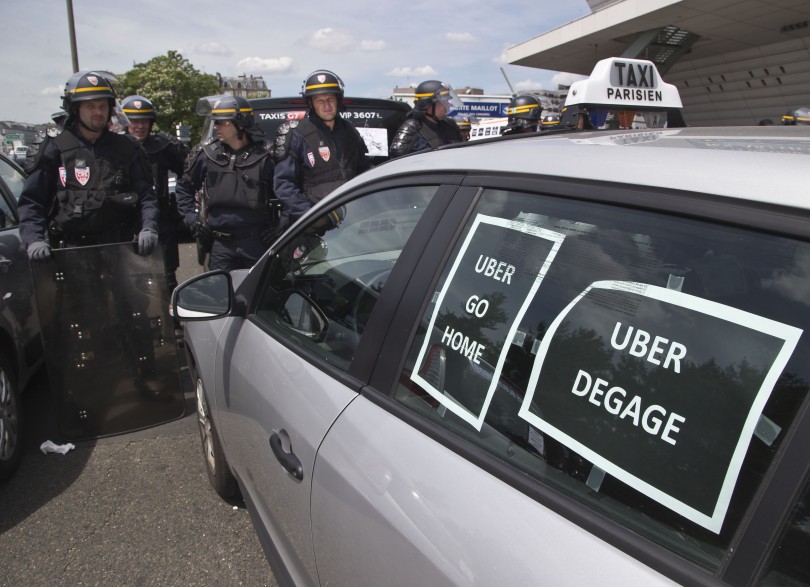 Riot police officers stand next to a cab with posters which reads, “Uber go home” and “Uber get out out,” during a taxi drivers demonstration in Paris, France, Thursday, June 25, 2015. (Michel Euler/AP)

(International Business Times) – Violence has erupted in Paris as taxi drivers go on strike and protest against the UberPop ride-sharing application, as roads are blocked, fires started, and vehicles overturned.

Access to airports and train stations in Paris and other cities across France have been blocked by local taxi drivers angered by UberPop and Uber, its US parent company, because they believe the application is illegal, lowers their revenues, and offers a lesser service to passengers.

Aeroports de Paris, which operates the city’s Charles de Gaulle airport said on its website: “Access by road is completely blocked. The only way to get to CDG is by train.” Photos published by the Reuters news agency show piles of burning tyres and upturned cars blocking major roads.

Families with small children abandoned their cars and walked along motorway hard shoulders to reach the airport, the Independent reports. An IBTimes UK reporter in Paris confirmed that all French taxi drivers are on strike.