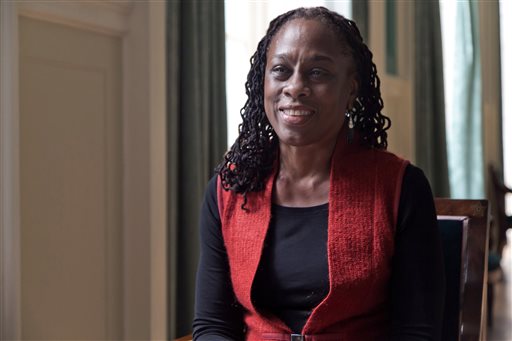 NEW YORK (AP) — A $30 million, city-sponsored experiment in training non-professionals to provide mental health help will focus on people who work with parents of small children, the unemployed poor and young people who aren’t in work or school, according to City Hall’s charity arm.

Those target populations, described to The Associated Press as the city prepares to solicit proposals from community groups, flesh out plans to explore whether non-professionals can form a psychological front line in the nation’s biggest city. The idea has gained some traction among mental health advocates, though they also have cautioned that it’s no substitute for professional help.

“We’re going to have a really good laboratory, different types of organizations, which are going to show us how we can bring to scale programs that are effective and evidence-based,” city first lady and mental health advocate Chirlane McCray said in a conversation with reporters last month.

Applications are to be solicited soon, said Elizabeth DeBold, a spokeswoman for the McCray-chaired Mayor’s Fund to Advance New York City.

The federal Corporation for National and Community Service announced in July that it’s contributing at least $6 million to the initiative, a key piece of McCray’s campaign to highlight mental wellness as a public-health priority. The Mayor’s Fund, which raises money from the private sector, and other foundations also are contributing.

The idea of inculcating basic mental-health skills in non-specialists, from clerics to police to community volunteers, dates at least to the 1960s. They may be in a position to see when someone needs help but hasn’t gotten it, and they sometimes can connect with people who shy from doctors and therapists, advocates note.

Particularly where mental health care is scarce, “non-professionals are a valuable resource,” but one to use carefully, the World Health Organization said in a 2005 policy document.

Non-specialists need to work closely with professionals or risk being seen as providing care on the cheap or undermining professional judgment, the health body said. Research studies have reached mixed conclusions about whether non-professionals are effective at screening for psychological disorders, though studies of basic training known as “mental health first aid” have said it at least makes people more knowledgeable and willing to help.

New York’s effort “is a very helpful and positive step forward,” says Ron Honberg, the national policy director for the National Alliance on Mental Illness, an advocacy group. Still, “what we want to be very careful about is to not use this as a reason not to increase the mental health workforce.”

The city is working on a major “road map” to address mental health, which already costs more than $300 million a year in city and state money. McCray and Mayor Bill de Blasio have unveiled some elements of the plan, including adding more mental health clinics in schools and creating a “hub” to link law enforcement, homeless services officials and medical providers in addressing mentally ill people with histories of violence.