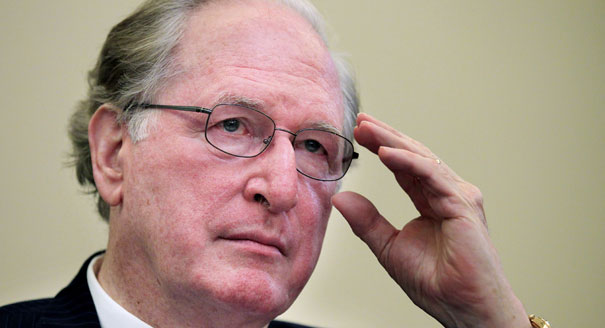 (Politico) – Sens. Jay Rockefeller and Ron Johnson on Wednesday argued in the Senate whether Rockefeller’s remarks about Republican opposition to Obamacare amounted to implying that Johnson is “a racist.”

As he chaired a hearing of the Senate Commerce Committee, Rockefeller, a West Virginia Democrat accused the GOP of opposing President Barack Obama and the Affordable Care Act because he’s the “wrong color,” eliciting an emotional reaction from Johnson, a Republican from Wisconsin, that the Democratic senator “would basically imply that I’m a racist.”

Johnson, the lone Republican in the room during Rockefeller’s remarks, told Rockefeller “it was regrettable and I would say it was offensive … that you would play the race card.”

“That you would say that opposition to Obamacare necessarily must stream from some inherent racism? Very offensive. Listen, my opposition to health care has nothing to do with the race of President Obama,” Johnson said. “It is the greatest assault on our freedom in my lifetime.”

It was the second time this month that the retiring liberal lawmaker had accused Republicans of opposing the president over race, arguing during a transportation funding hearing that the GOP doesn’t want anything good to happen under Obama’s watch “because he’s the wrong color.”