Ossoff: “I Thank the People of Georgia for Electing Me to Serve You in the United States Senate”
Advertisement 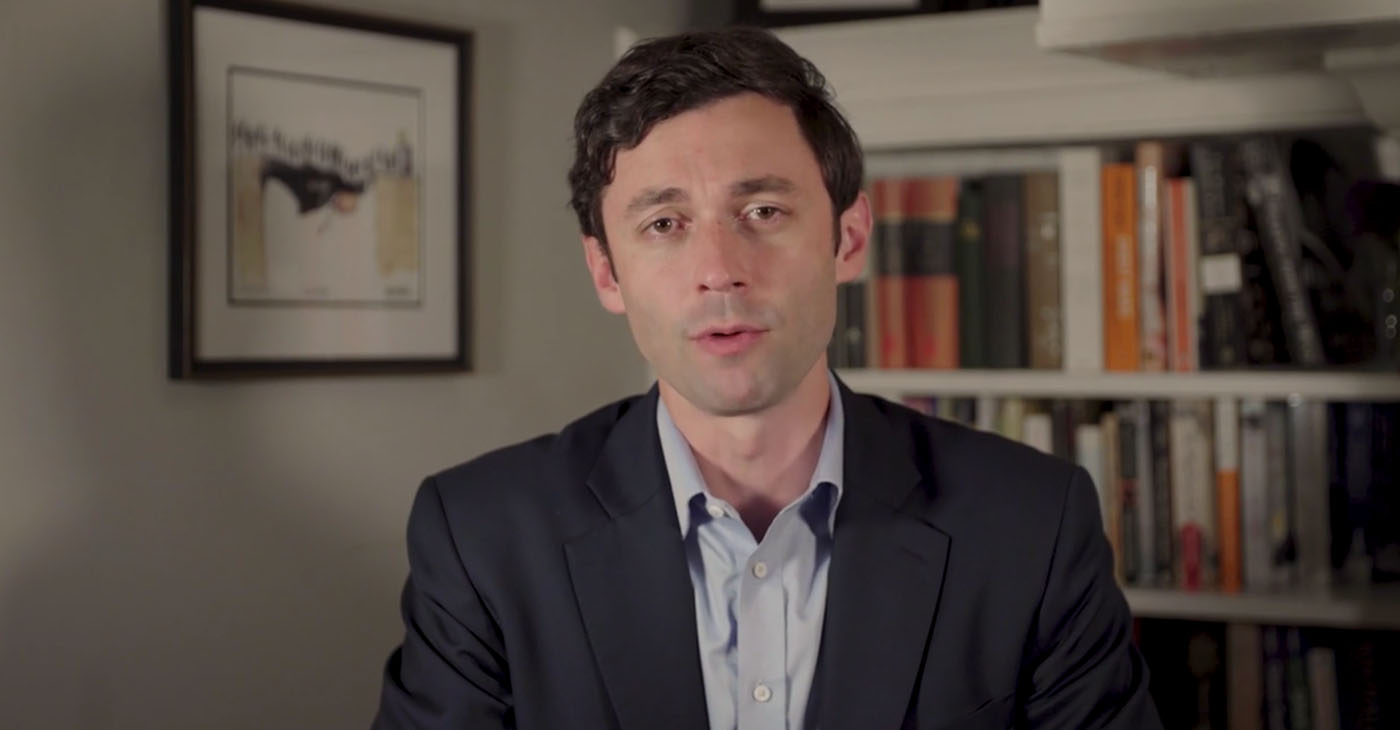 A transcript of Ossoff’s remarks appears below:

“Good morning. It is with humility that I thank the people of Georgia for electing me to serve you in the United States Senate. Thank you for the confidence and trust that you have placed in me.

“At this moment of crisis, as COVID-19 continues to ravage our state and our country, when hundreds of thousands have lost their lives, millions have lost livelihoods, Georgia families are having difficulty putting food on the table — fearing foreclosure or eviction, having difficulty making ends meet — let’s unite now to beat this virus and rush economic relief to the people of our state and to the American people.

“I will work in the U.S. Senate to support a robust public health response so that we can defeat this virus, putting Georgia’s own Centers for Disease Control and Prevention in the lead, trusting medical expertise, doctors, and scientists to bring the tools to bear, the technology to bear, the ingenuity to bear, and the resources to bear necessary to stop the spread of this virus to defeat it and to get our daily lives back — and to rush direct economic relief to people who need help right now.

“This campaign has been about health and jobs and justice for the people of this state — for all the people of this state. And they will be my guiding principles, as I serve this state in the U.S. Senate, ensuring that every Georgian has great health care, no matter our wealth, ensuring that we invest in an economic recovery that includes all communities, that rebuilds our state’s infrastructure, that lays the foundations for prosperity in rural Georgia, suburban communities, and urban communities alike, and securing equal justice for all, following in the footsteps of leaders who have departed us in this last year like Congressman John Lewis and C.T. Vivian.

“I want to thank the people of Georgia for participating in this election, everybody who cast your ballot, everybody who put your faith and confidence in our democracy’s capacity to deliver the representation that we deserve, whether you were for me, or against me, I’ll be for you in the U.S. Senate. I will serve all the people of the state.

“I will give everything I’ve got to ensuring that Georgia’s interests are represented in the U.S. Senate. I want to thank all the volunteers who poured their hearts and souls into this campaign.

“Let’s emulate the spirit of courage and heroism of those who have given so much to the health response to this crisis, as we unite as a people, to overcome this challenge of COVID-19, and to build a republic that lives up to our highest ideals of equality in God’s eyes and equal justice under the law. Georgia, thank you so much for the confidence that you’ve placed in me.

“I am honored — honored — by your support, by your confidence, by your trust, and I will look forward to serving you in the United States Senate with integrity, with humility, with honor and getting things done for the people of Georgia. Thank you so much.”