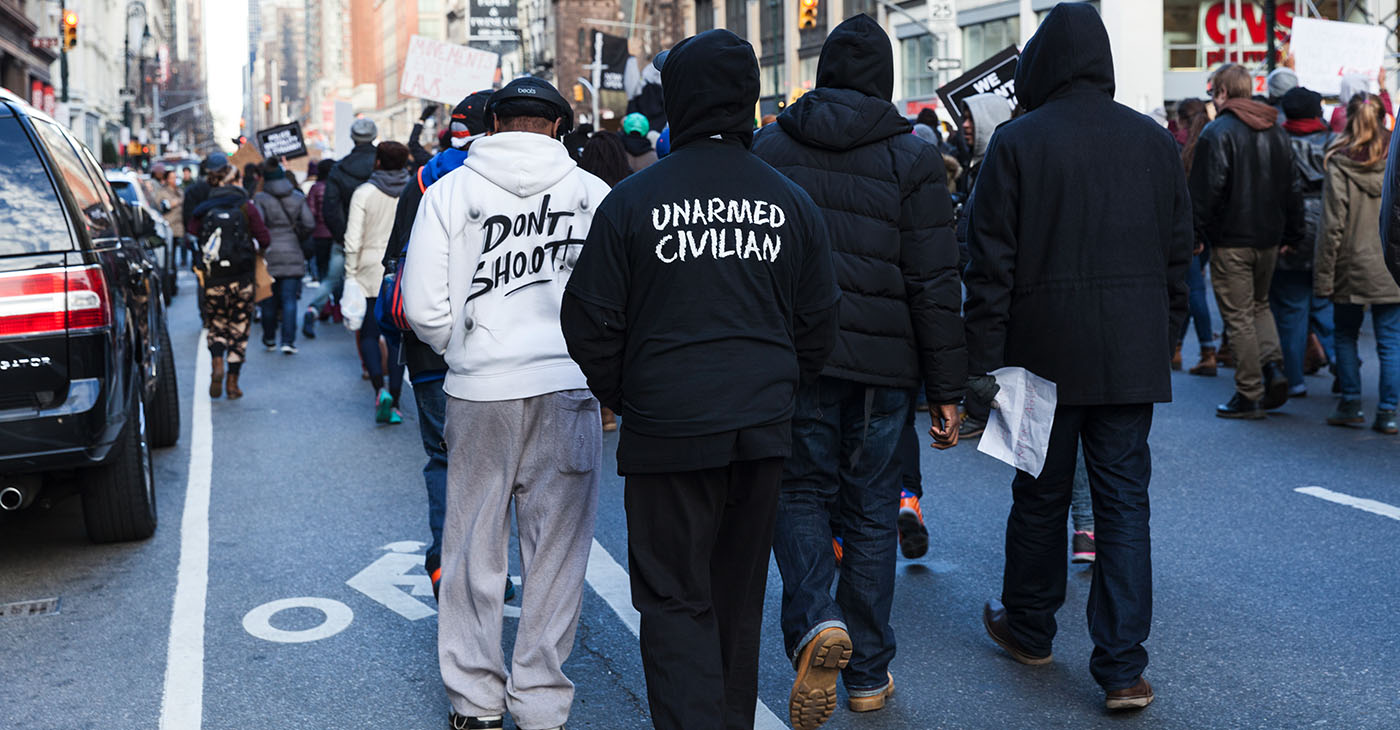 Our fight for systemic change cannot end here. We will continue to fight to make sure we end police brutality and hold those who hurt our communities accountable. Democracy demands no less. (Photo: New York, NY USA - December 13, 2014: Protesters march against police brutality and grand jury decision on Eric Garner case on 6th Avenue / iStockphoto / NNPA)

By Damon Hewitt, The Lawyers Committee for Civil Rights Under the Law

(Washington, D.C.) — Bipartisan negotiations for a compromise on police reform broke down Wednesday, officially ending talks on the George Floyd Justice in Policing Act. The bill emphasized de-escalation tactics, banned police techniques like chokeholds and some no-knock warrants, ended qualified immunity and enhanced the ability of the Justice Department to prosecute officers for civil rights violations.

Black people and other communities of color live in constant fear that discriminatory policing will end their lives. Every person of conscience in our nation knows that we desperately need police accountability measures. Police shootings in this country continue at a rate of over a thousand a year, or almost three people each day. Yet, after the immeasurable pain of loss and the largest protests for racial justice in our nation’s history, today’s defeat was snatched from the jaws of victory by forces who are not accountable to communities of color and who clearly had no intent to support meaningful accountability. George Floyd, Breonna Taylor, their families, and other victims and survivors of police violence deserved better from our lawmakers.

We owe a debt of gratitude to Sen. Cory Booker and Rep. Karen Bass for their tireless efforts to reach an agreement, despite the lack of willing partners on the other side. We will hold accountable those who undermined the process by yielding to fringe elements when a workable deal was on the table and likely to be embraced by many racial justice advocates and mainstream law enforcement organizations alike.

Our fight for systemic change cannot end here. We will continue to fight to make sure we end police brutality and hold those who hurt our communities accountable. Democracy demands no less.