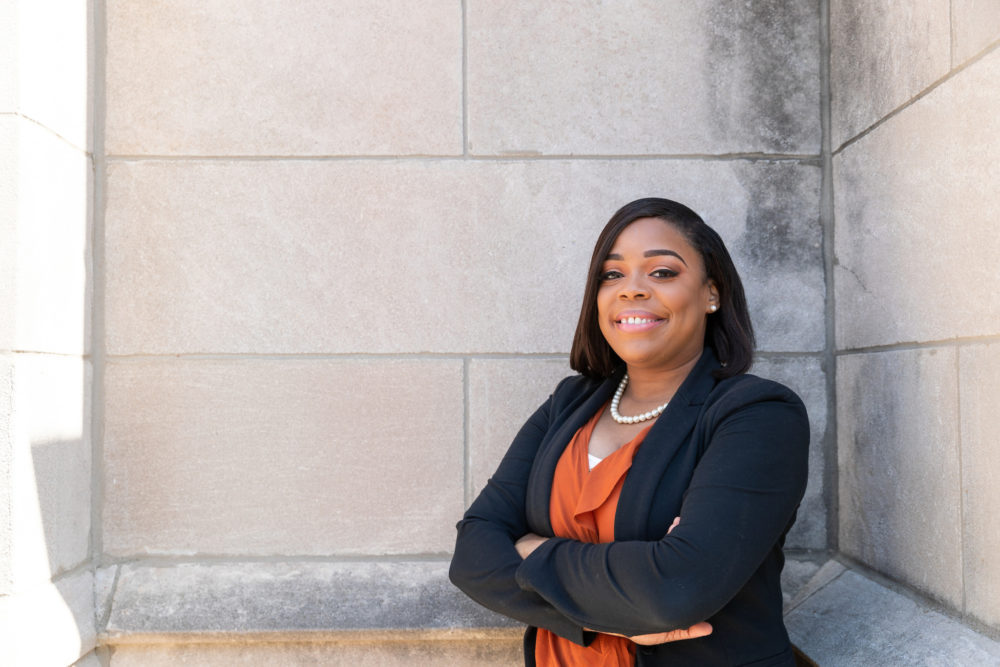 Kina Collins is an American community organizer and activist, whose work has focused on issues of gun violence, criminal justice reform, and universal healthcare. Collins is a candidate in the 2022 U.S. House election for Illinois’ 7th congressional district.

Martin Luther King Jr. was just 26 years old when he led the Montgomery Bus Boycott. Dr. King witnessed and experienced injustices in his communities, and he wasted no time in standing up against them.

Dr. King wasn’t alone. Throughout the Civil Rights Movement, many of the most monumental stands against injustice were taken by a new generation of young activists.

John Lewis was 25 when he marched across the Edmund Pettus Bridge in Selma, Alabama, and was beaten by state troopers who fractured his skull. The Greensboro sit-ins at the Woolworth’s lunch counter were led by four college students. And the nine students who bravely integrated Little Rock Central High School in 1957 were all between fifteen and seventeen years old. 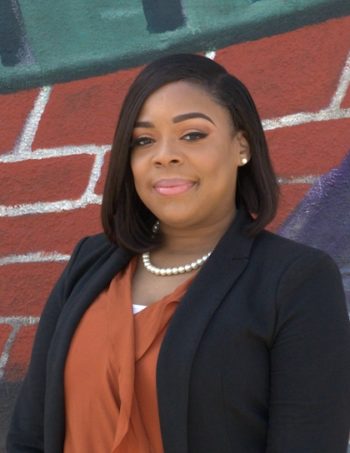 The moment called for action, and Dr. King and countless other young, Black leaders stepped up and answered the call, by fighting against injustice and achieving real progress for the Black community.

But it is not lost on me that many of the battles that Dr. King fought are still not done. 54 years after King’s assassination, racial and economic injustice continues to permeate through our institutions and government’s policies.

Still, Black men, on average, die four years earlier than white men. And in some neighborhoods in Chicago, this disparity is far greater. In working-class Englewood, the average life expectancy is 60, while just a few miles away in wealthier Streeterville, life expectancy jumps to 90 years.

Still, gun violence disproportionately impacts Black and Brown communities. Across the country, of the total number of firearm-related homicides that occur, half of the victims are Black men, despite only making up 7% of the population.

And still, the votes of Black Americans are being suppressed. Just last week, President Joe Biden delivered a speech in Georgia to call for the passage of voting rights legislation — legislation that seems all but certain to fail because of two members of our own party.

And as we mark Martin Luther King Jr. Day in the year 2022—54 years after Dr. King’s assassination—our communities are still in a state of emergency.

I never chose to be an “activist.” I became one because I saw that change needed to happen and I could not afford to wait around for our leaders to make it happen. I was born and raised in Austin, one of the communities most impacted by the gun violence on the West Side. When I was in grade school, I witnessed a child murdered in front of my home. I knew both the shooter and the victim.

Across the country, young people with stories similar to mine are stepping up — young people who know the deep-rooted problems in our country because they are living them.

It’s the young climate activists at the Sunrise Movement who are seeing inaction from leaders in the face of a planet on fire and taking matters into their own hands – by organizing and making their voices heard. It’s the students who transformed the trauma of mass shootings in their neighborhoods into Good Kids Mad City, an organization working to end gun violence. And it’s the young undocumented immigrants who come together to combat the discrimination and fear they face with United We Dream.

These young people are fighting these battles because they have seen that no one else will — and because they can’t afford not to. For the elders, whose shoulders we stand on, it’s time to step up by stepping back and help a new generation lead the fight against injustice everywhere.

In this critical moment, there is an invaluable lesson to be learned from Dr. King’s legacy, the civil rights movement, and the other fighters for justice that came before us.

Now more than ever, young people belong at the front of our movement.

Kina is a lifelong activist and nationally recognized gun violence prevention and health care advocate, born and raised in Austin on the West Side of Chicago. As a national organizer for Medicare For All and founder of the Chicago Neighborhood Alliance, Kina built a track record of policymaking, coalition building, and working with communities to improve public health and safety. Kina has spent her life turning activism into legislative action, writing and passing policy, and organizing on a national scale, and she will bring that same passion and fearlessness to the halls of Congress to fight for the people of IL-07.

For more information on Kina Collins visit her website at http://www.kinacollins.com.

Ways to Give Back for MLK Day