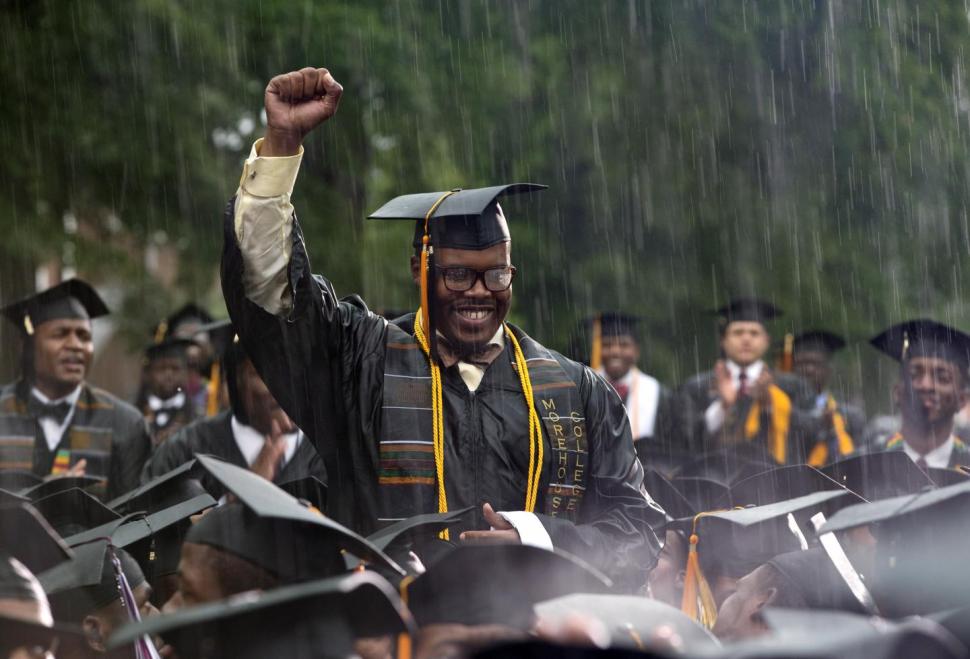 (Slate) – Having a college degree is supposed to insulate you a bit from the worst effects of a recession. But as a new report highlighted in the New York Times points out, for black and Hispanic families it seems to offer far less protection.

How much less? Well, take a look at this stunning chart. During the Great Recession, the median net worth of black and Hispanic bachelor’s degree holders fell by 59.7 percent and 71.9 percent, respectively, compared with a 16 percent decline for whites.

Zoom out a bit, and the view looks even more dire. Black and Hispanic college grads are now poorer than in 1992, while whites and Asians are far wealthier.

Why the disparities? Black and Hispanic graduates have far more debt and less family income than whites and Asians. And when the value of someone’s assets, like a house, begins to fall, having debt exacerbates the damage to his or her net worth. During the recession, black and Hispanic college graduates saw their home values decline by far more than white bachelor’s degree holders. That, combined with their large debts, dealt a body blow to their finances.