On the Cusp of Historic feat, Serena Williams Wouldn’t Change a Thing
Advertisement 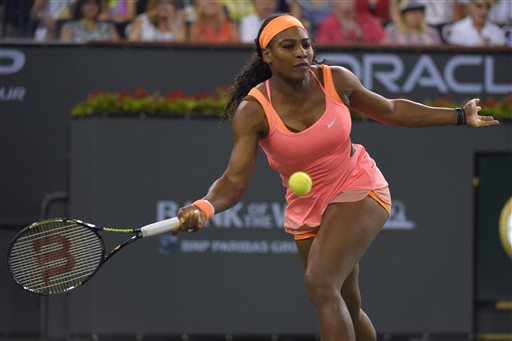 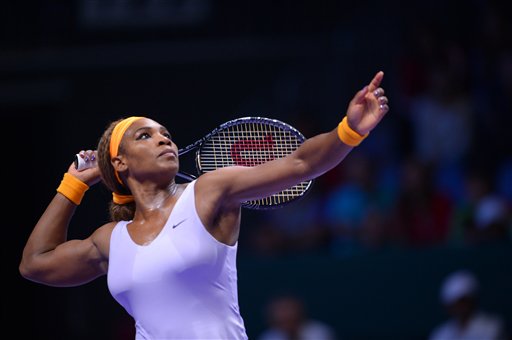 Serena Williams of the U.S prepares to return a shot to Li Na of China during their final tennis match at the WTA Championship in Istanbul, Turkey, Sunday, Oct. 27, 2013. The world’s top female tennis players compete in the championships which runs from Oct. 22 until Oct. 27.(AP Photo)

(The Miami Herald) — Serena Williams burst onto the professional tennis tour in Quebec City, Canada, on Oct. 28, 1995, a powerful and precocious 14-year-old with a head full of beaded braids, and dreams as big as her groundstrokes.

Her older sister, Venus, a prodigy nicknamed “Cinderella of the ghetto’’ by their father, Richard, had already made national news a year earlier, knocking off highly ranked players and signing a seven-figure endorsement deal with Reebok at age 14 before winning her first pro tournament.

Serena would have a less auspicious start. She and her father missed their connection in Philadelphia en route to Canada. They arrived in Quebec very late, with no time for practice. Williams wound up losing 6-1, 6-1 to 18-year-old Anne Miller in a qualifying match held on a practice court in front of about 50 spectators and a handful of journalists.

“I guess I played a celebrity,’’ Miller told the New York Times after the match. “She has as much power as anybody around, but maybe she needs to play some junior events … to learn how to become match tough.’’

Twenty years, 21 Grand Slam titles and $73 million later, Williams still has vivid memories of that first match. She shared them with the Miami Herald on Thursday night in a wide-ranging interview about her quest for history at the upcoming U.S. Open, her relationship with her father, her love of Palm Beach, her struggles in 2006, and her body image.