“Old School Copes Day” in the City Of Oakland
Advertisement 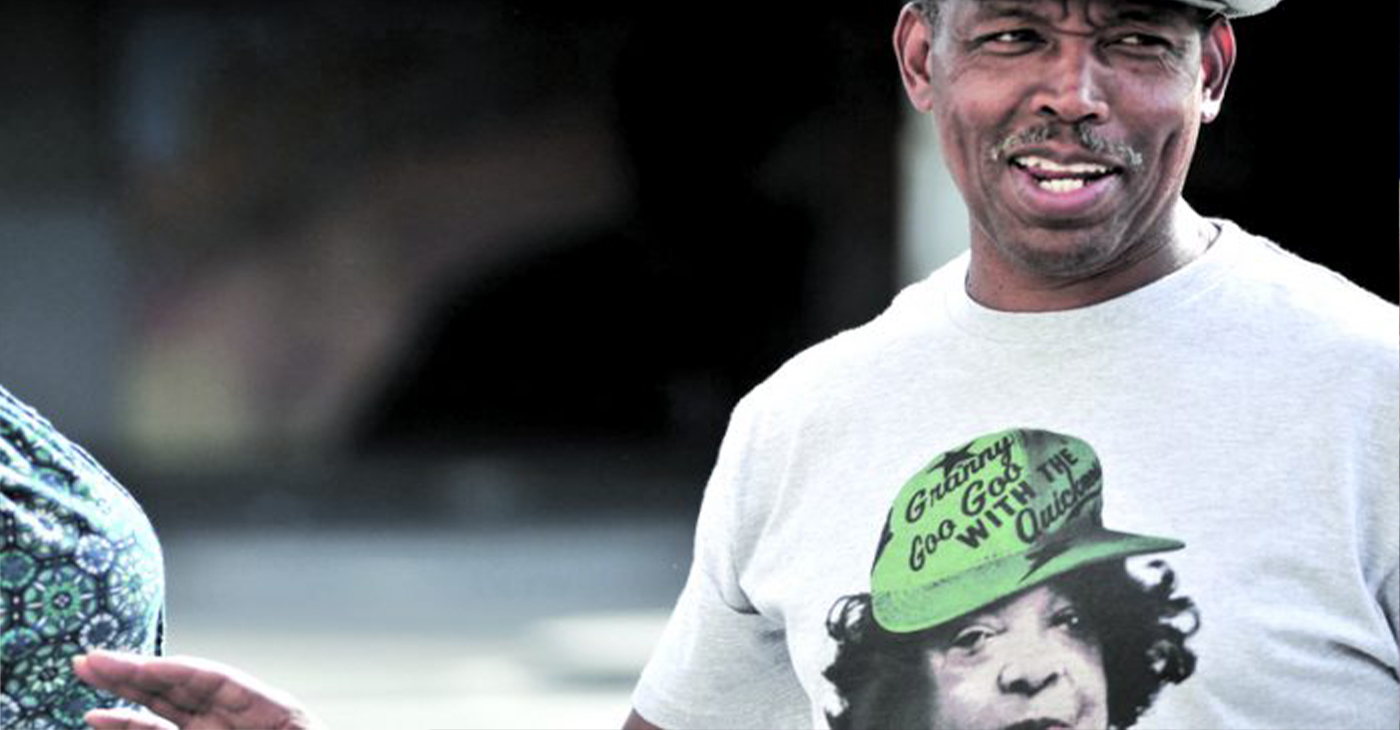 James Copes wearing one of his iconic T-shirts. (Photo by: Clifford Williams.)

Oakland residents Zack and Odell have something in common; they both wore their “Born n’ Raised in Oakland” T-shirts in Paris, France and at the Great Wall of China, respectively, and posted their photos online for the world to see.

The T-shirts were designed by entrepreneur and businessman, James V. Copes. Bay Area residents and visitors alike have been purchasing Cope’s T-shirts for nearly four decades, making him a ‘one-man retail institution’ in the city he has always loved so much.

Copes will be honored and recognized by Oakland Mayor Libby Schaff and invited council members to the ceremony on Sept. 29 at 1:00 p.m. at Frank Ogawa Plaza. The ceremony will officially dedicate the day as “Old School Copes Day” in the City of Oakland.

The proclamation will recognize Copes for his hard work, dedication and commitment to the City of Oakland, spreading the message that Oakland is the most-loved, multi-ethnic and multi-cultural city in the nation. The event will also mark the first-year birthday celebration of his daughter Lisa Margo.The public is invited to attend the afternoon event, which will include music, food and family activities.

The event will also mark the grand opening of Copes’ new kiosk, located adjacent to Oakland City Hall, which he dedicates to his mother, Mrs. Dorothy Salem (aka Granny Goo Goo with the Quickness); his father James L. Copes; the Honorable Judge James S. White, and friend, mentor and tennis champion the late Arthur Ashe.

“These people have given me unwavering support and unrelenting guidance, which has allowed me to continue my path to success,” said Copes.

A West Oakland native and household name to thousands in the Bay Area, Copes started his entrepreneurial career at an early age. During this time, he also taught tennis to Oakland youth, and went on to become a protégé to the late-great tennis icon Arthur Ashe.

In 1985, Copes opened up his Eastmont store, and during thattime he was elected president of the Eastmont Merchant Association. He later became affectionately known as the Mayor of Eastmont, a title bestowed upon him by then-Oakland Mayor Elihu Harris, and recognized by the East Bay Express.

Copes also coined the term “Oaktown” in 1987 and released his “Oaktown is Kickin’ It” T-shirt which is still in print. His other staple T-shirts include “I Found My Soul in Oakland,” “Oakland Forever,” “I Hecka Love Oakland,” Brooklyn In Oakland,” “Puttin Down Roots” and the popular “Christmas In Oakland,” among others.

Copes later expanded his operations with the opening of another store on Lakeshore Avenue which became the most popular retail clothing store in the area. In recent years, he became a founding member and organizer of Oakland’s First Friday’s event on Telegraph Avenue. Currently, Copes continues his community involvement throughout Oakland’s neighborhoods.

Since its inception to present-day, Old School Copes remains the oldest privately-owned T-shirt business in Oakland. Copes is often a prominent street merchant across the street from the Grand Lake Farmer’s Market, as well as Jack London Square’s waterfront. He is also a mainstay at just about all annual and major street festivals and fairs throughout Oakland.