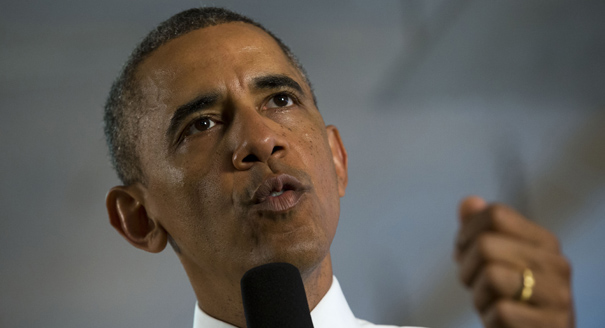 (Politico) – Just after President Barack Obama had finally soothed frustrated immigrant-rights activists by vowing to use his executive power to patch the immigration system, he issued a plea of his own to the group assembled at the White House.

“We need to right-size expectations,” Obama said before stepping into the Rose Garden last week to announce that he had given up on Congress, according to multiple attendees.

Nobody nodded in agreement. After a long wait — first for Congress to pass an overhaul bill, then for the president to act on his own — immigrant advocates weren’t in any mood to low-ball their demands.

But Obama’s comment underscored the political stakes of his promise to take the most aggressive steps of his presidency to fix the system.