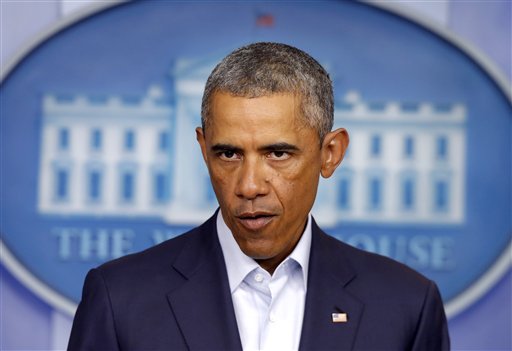 Obama says Holder will travel to the St. Louis suburb on Wednesday.

Holder recently authorized a federal autopsy on the body of Michael Brown, the unarmed 18-year-old who was fatally shot on Aug. 9. Brown was black; the officer who shot him was white.

Obama spoke from the White House on Monday after independent autopsy results determined that Brown was shot at least six times, including twice in the head. Missouri’s governor also called in the National Guard early Monday after police again used tear gas to quell protests that have taken nightly since Brown’s death.

Why Obama Can’t Go There

No Arrest Warrant Being Issued for Texas’ Perry