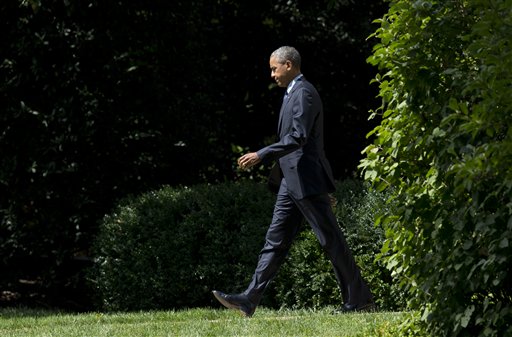 (Politicus USA) – President Obama rubbed a little salt in the Republican wound with a statement offered an unspoken reminder that Democrats stood together and won again.

In a statement, the President said:

‎Today, the Senate took an historic step forward and voted to enable the United States to work with our international partners to enable the implementation of the comprehensive, long-term deal that will prevent Iran from obtaining a nuclear weapon. This vote is a victory for diplomacy, for American national security, and for the safety and security of the world. For nearly two years, we negotiated from a position of strength to reach an agreement that meets our core objectives. Since we concluded these negotiations, we have had the most consequential national security debate since the decision to invade Iraq more than a decade ago. Over the last several weeks, the more members studied the details of this deal, the more they came out in support. Today, I am heartened that so many Senators judged this deal on the merits, and am gratified by the strong support of lawmakers and citizens alike. Going forward, we will turn to the critical work of implementing and verifying this deal so that Iran cannot pursue a nuclear weapon, while pursuing a foreign policy that leaves our country – and the world – a safer place.

Baltimore Mayor Says She Will Not Seek Re-Election