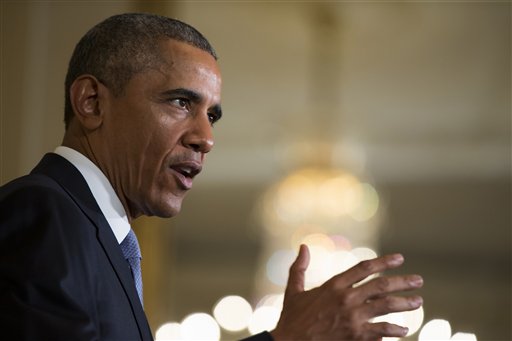 President Barack Obama speaks in the East Room of the White House in Washington, Monday, July 13, 2015. President Barack Obama cut the prison sentences of 46 convicts as part of a broader effort to make the criminal justice fairer and ease the punishment of those serving more time than their crimes warranted. (AP Photo/Evan Vucci)

(CBS News) – In a rare moment of unity this week, both President Obama and GOP leaders in Congress will be highlighting the need to overhaul the nation’s overworked, bloated criminal justice system.

A day after commuting the prison sentences of 46 nonviolent drug offenders, President Obama on Tuesday will talk about criminal justice reform at the NAACP convention in Philadelphia. He’ll continue the conversation into Thursday, when he makes history as the first sitting president to visit a federal prison.

Meanwhile, in the House, the Oversight and Government Reform Committee will spend two days discussing criminal justice reforms that have already worked at the state level and could have an impact nationally. The committee will hear from conservatives like Sen. John Cornyn of Texas and Rep. Jim Sensenbrenner of Wisconsin, as well as liberals like Sen. Cory Booker of New Jersey and Rep. Bobby Scott of Virginia — all of whom have added their names to bills that would helpend the decades-long war on crime.

“We’ve seen some really interesting leadership from some unlikely Republican legislators very sincerely concerned about making progress there,” Mr. Obama said in a June 30 press conference, listing criminal justice reform as one of the few big issues he wants to tackle in the remaining months of his presidency.