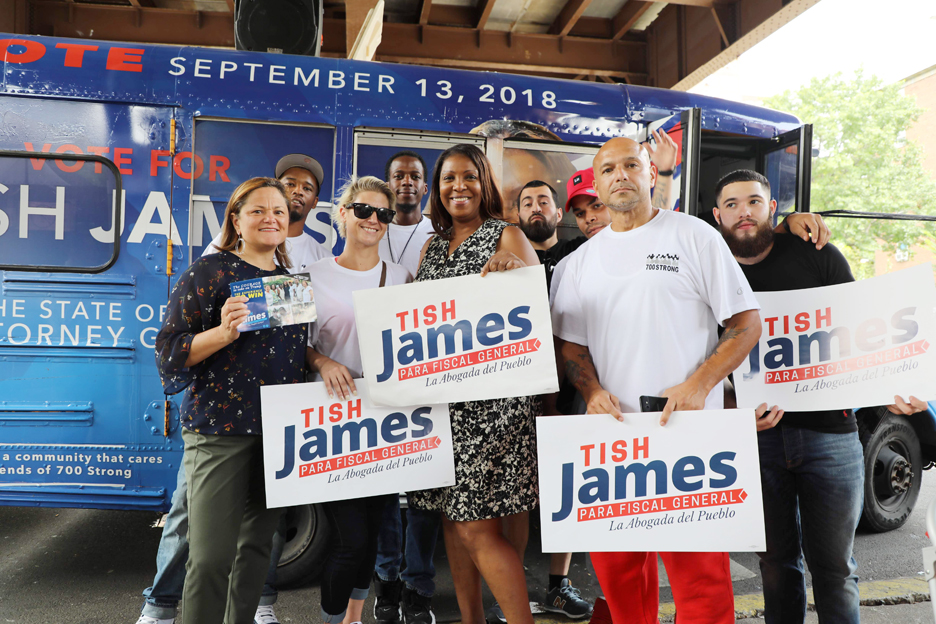 The letter comes one day after the campaign hosted a Latino Day of Action on Saturday, August 25th. Yesterday, volunteers, surrogates, and Attorney General Candidate Tish James greeted voters in Latino enclaves across the state, from Long Island, to New York City, to Albany.

The letter outlines how Tish James has supported Latino New Yorkers throughout her career, including representing immigrant children as a pro-bono attorney, taking on discriminatory policies like stop-and-frisk, supporting minority- and women-owned businesses, and stepping in to support Puerto Ricans displaced by Hurricane Maria. In addition, the letter highlights her framework for defending New York’s Latino community in the age of Donald Trump — from abolishing ICE, to suing over federal immigration policy, to investigating bad actors who take advantage of immigrant New Yorkers.

“I’m honored and humbled to have earned the support of so many Latino community leaders from across our state. Throughout my career, I’ve worked to give a voice to the voiceless, to support immigrants regardless of their legal status, and stand up to Donald Trump’s hateful policies. I look forward to continuing and expanding this work as Attorney General – and I want Latino New Yorkers to know that I will always stand shoulder-to-shoulder with them in the fight for equality,” said Attorney General Candidate Tish James.

This article originally appeared in The Hudson Valley Press.