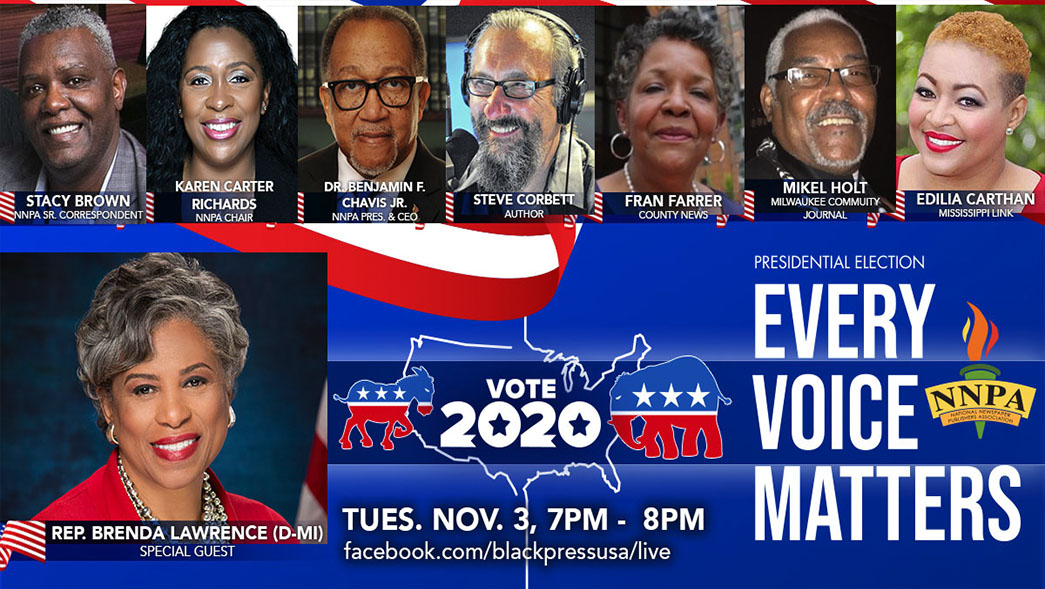 Today, the Black Press of America has maintained its standing as the trusted voice for all Black communities, and it’s more than 230 member newspapers, and media companies are represented by the 80-year-old NNPA.

On November 3, the Black Press of America will embark on its unprecedented plan to thoroughly cover the 2020 Presidential Election, the most consequential in U.S. history.

Beginning at 7 p.m. EST, the Black Press will broadcast live over several social media channels. Viewers can witness history by tuning in to Facebook.com/BlackPressUSA, and BlackPressUSATV on YouTube.

Such cooperation allows for millions of African Americans to receive timely election news from the Black Press.

Minnesota Attorney General Keith Ellison’s office said they were working to block time for his appearance. 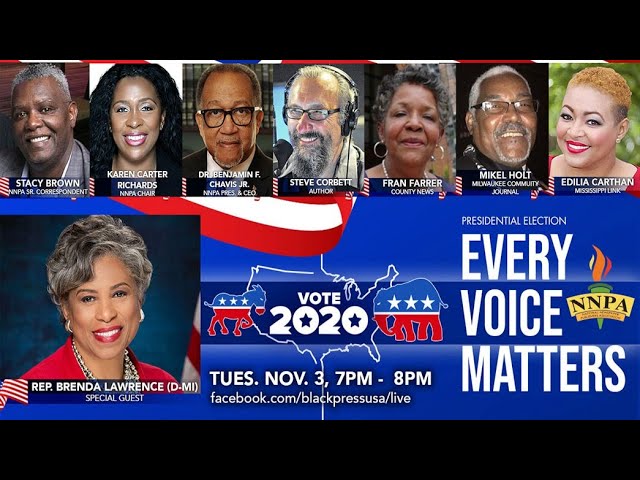 “I’m so excited about this,” said Richards, who is also publisher and CEO of the Houston Forward Times. “This goes to show how powerful the Black Press of America is, especially when we work together.” 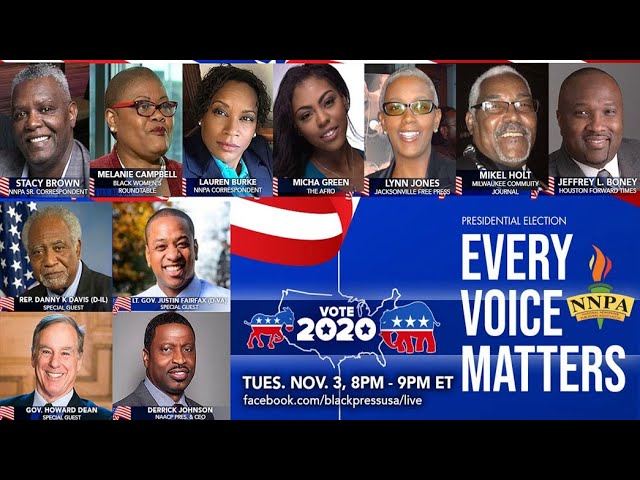 Throughout the evening, staff members from many of the 230 publications and media companies in the Black Press family will join the broadcast to provide updates from battleground and swing states like Ohio, Florida, Michigan, Pennsylvania, Texas, Wisconsin, Arizona, Virginia, and California.

Among the publishers participating are Jan Michele Kearney of the Cincinnati Herald, Denise Rolark Barnes of the Washington Informer, Patrick Washington of the Dallas Weekly, Cheryl Smith of Texas Metro News, and Karen Carter Richards of the Houston Forward Times.

The extensive list of publishes also include James Madison of the Florida Sun, Kevin Seraaj of the Orlando Advocate, Pamela Bakewell of the Los Angeles Sentinel, Paul Cobb of the Oakland Post, Bernie Foster of The Skanner, Chris Bennett from the Seattle Medium, Jackie Hampton of the Mississippi Link. 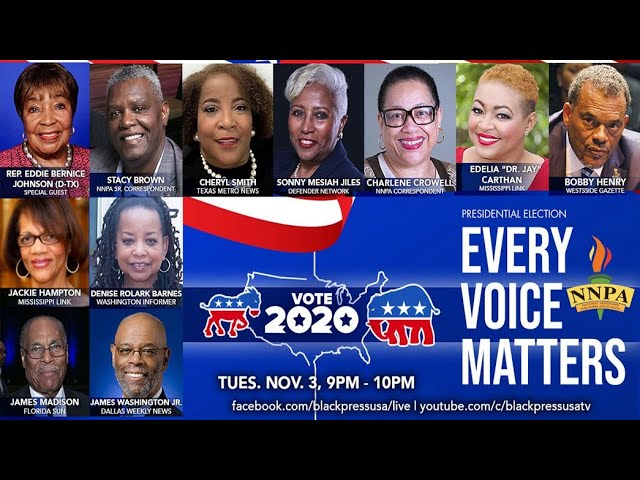 More than 193 years ago, and before the end of slavery in America, the Black Press founders proved themselves bold advocates of truth, justice, and freedom. 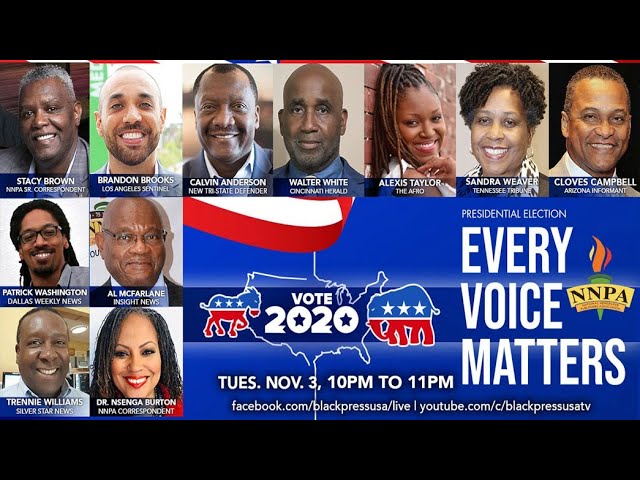 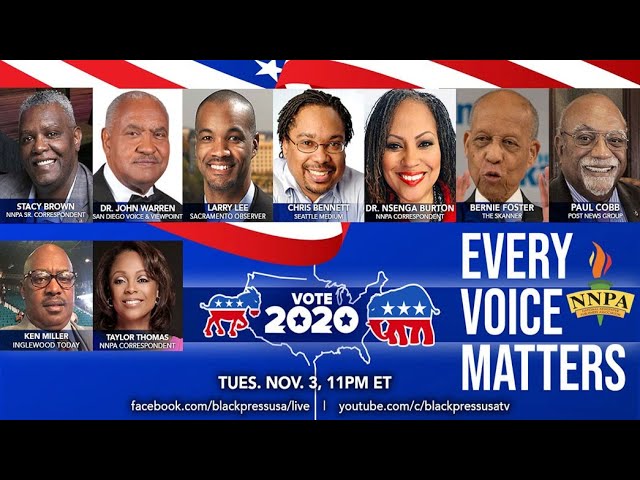 Today, the Black Press of America has maintained its standing as the trusted voice for all Black communities, and it’s more than 230 member newspapers, and media companies are represented by the 80-year-old NNPA.

“This is the most important election in history, and it’s important that the Black Press covers this and the progress of Black Americans and provides an interpretation of the events involved in our progress,” Chavis declared.

“No other print or digital media serves in this role quite like the Black Press.”