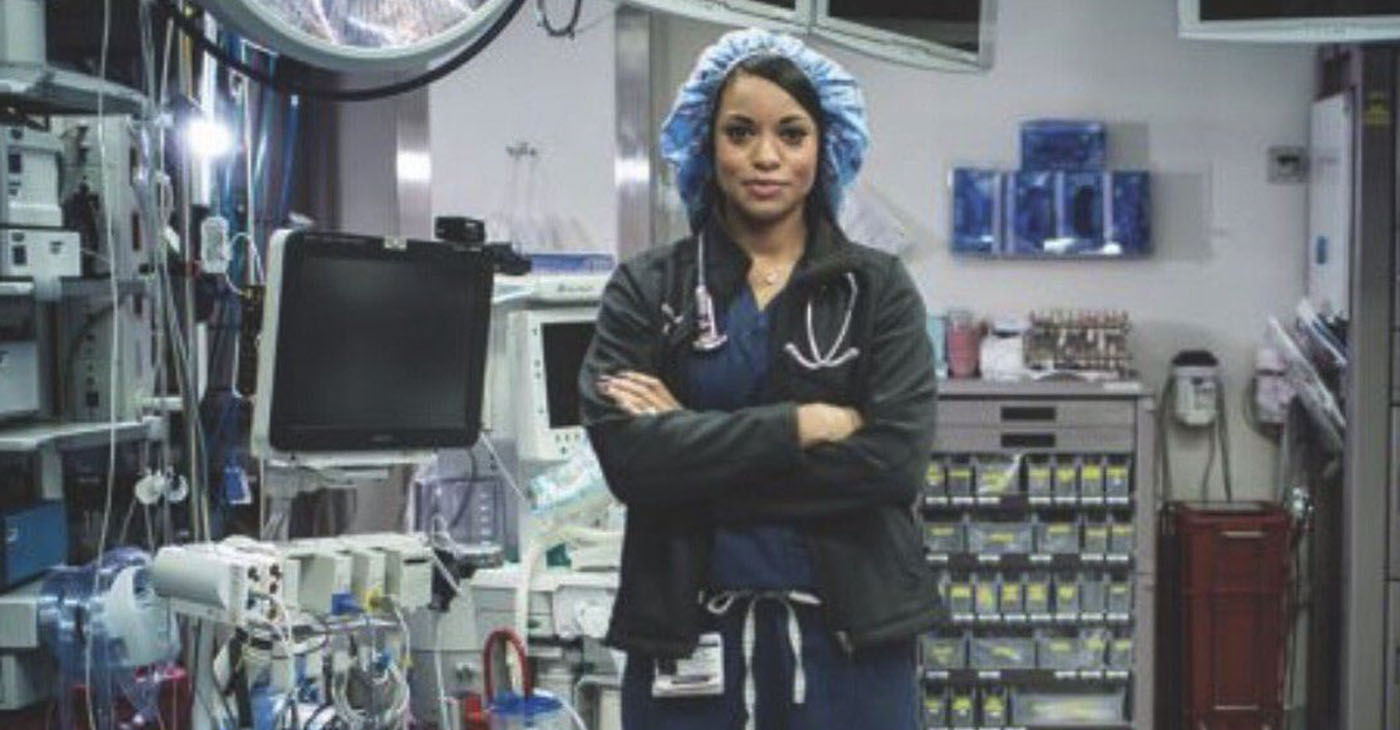 On Tuesday, September 14, Dr. Hilton will appear on the NNPA’s live morning breaking news program, “Let It Be Known.”

From the onset of the global pandemic about 18 months ago, Dr. Ebony Hilton emerged as a leader and a powerful voice of reason.

Critical Care Anesthesiologist doctor at the University of Virginia and founder of GoodStock Consulting, LLC, Dr. Hilton has loudly denounced quick re-openings, anti-vaxxers, and reckless gatherings during the pandemic.

Through her Twitter account, which has an ever-growing list of followers, and her appearances with the Black Press and major media outlets like MSNBC and CNN to provide a reality check for people around the globe.

“If we could stop saying we ‘may be at the peak of Delta and Covid,’ that’d be great,” Dr. Hilton railed in a recent Twitter post.

“As if we’re anywhere near vaccination rates needed locally, nationally, and globally to prevent the next variant. It’s this rhetoric that has people walking around bare-faced in the middle of Florida,” she demanded.

It’s because of her bold and courageous stand and tireless work that Dr. Hilton will receive the 2021 National Newspaper Publishers Association (NNPA) National Leadership Award for excellence and innovative leadership in Black America.

It’s free to register for the ceremony, which takes place virtually at http://www.virtualnnpa2021.com.

“I cannot begin to tell you how honored I am to be considered,” Dr. Hilton said of the NNPA honor.

“I have to be honest. It’s difficult to think of my efforts as worthy when there is so much left to do. One thing I can promise is to continue trying my best and showing up in hopes of truly deserving this prestigious recognition,” Dr. Hilton stated.

Dr. Hilton received her M.D. from the Medical University of South Carolina (MUSC) in 2008.

She remained at MUSC to complete her Residency in Anesthesia, followed by a Fellowship in Critical Care Medicine.

In 2013 Dr. Hilton made history as the first African American Female anesthesiologist since the hospital’s opening in 1824.

Throughout her tenure at MUSC, Dr. Hilton’s passions have centered on exploring the issue of health disparities, particularly as it pertains to race, and bridging the gap between physicians and the communities they serve.

According to Dr. Hilton’s official biography, her works have led to her integration into the medical school curriculum, serving as a clinical instructor for fourth-year medical students in Intern 101.

She traveled the globe to participate in numerous medical mission trips via Project Madaktari Bugando Medical Center in Mwanza, Tanzania.

As a practicing physician at the University of Virginia – Charlottesville, Dr. Hilton has continued advocating for underserved and marginalized populations.

Her efforts have received recognition from the National Medical Association and the National Minority Quality Forum as one of the top 40 under 40 Leaders in Health Care award recipients.

In addition to pioneering medicine, Dr. Hilton is a children’s book author of the Ava Series, a public speaker, and a community activist.

On Tuesday, September 14, Dr. Hilton will appear on the NNPA’s live morning breaking news program, “Let It Be Known.”

It will mark her second appearance on the program this year, which airs weekdays at 7:30 a.m. EST on many of the social media channels of the Black Press of America, including YouTube.com/c/BlackPressUSATV, Facebook/BlackPressUSA, and on Twitter @BlackPressUSA.