Nigeria: At 53, Nigeria Inches Towards a Failed State
Advertisement 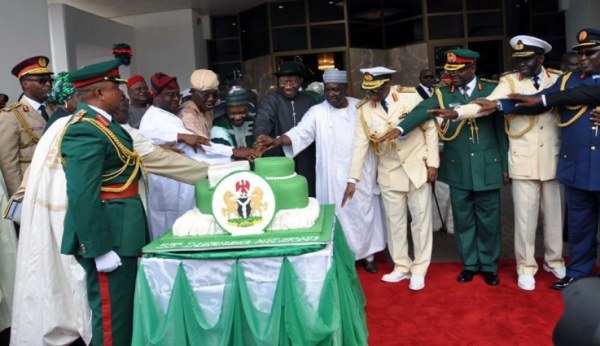 The celebration of Nigeria’s 53rd Independence anniversary was celebrated across the Federal Capital Territory and the 36 states of the country.

In 24 hours, Nigeria shall be marking (not celebrating) 53 years as an independent state. There will be nothing to celebrate. The founding fathers who toiled and whose blood watered the tree of freedom would be disappointed with what has become of the country they left behind for us to nurture. In terms of real growth, except perhaps population growth, almost every country that attained independence around the same time we did has left us behind.

On the eve of Nigeria’s 53rd birthday as a self-governing state, the Economist Intelligence Unit (EIU), a sister company of The Economist of London, has declared Nigeria as the worst country to be born in 2013. The same Economist, in its Failed States Index, placed Nigeria amongst the 10 worst failed states with Somalia topping the list. Apart from Somalia, Nigeria shares the infamous company of the DRC, Sudan, South Sudan, Afghanistan, Zimbabwe (where you buy a loaf of bread with box-loads of Zimbabwean dollars), Iraq and Pakistan. Niger, Syria, Sierra Leone, Liberia, Mali, Sri-Lanka, Bangladesh, Burkina Faso, Equatorial Guinea and such other countries we used to laugh at are now far better than us.

As I write this piece, the news is that more than 50 students of the School of Agriculture at Gujba in Yobe State have been shot dead in their sleep by gunmen. Some say 70 bodies have been counted. This has become the new normal in the country. People don’t seem to be alarmed anymore at such news, the same way the entire world stood still and watched terrorists kill 67 people in a Kenyan mall about a week earlier.

T-Mobile US Will No Longer Stock BlackBerry in Stores