Newsom is nowhere to be found
Advertisement 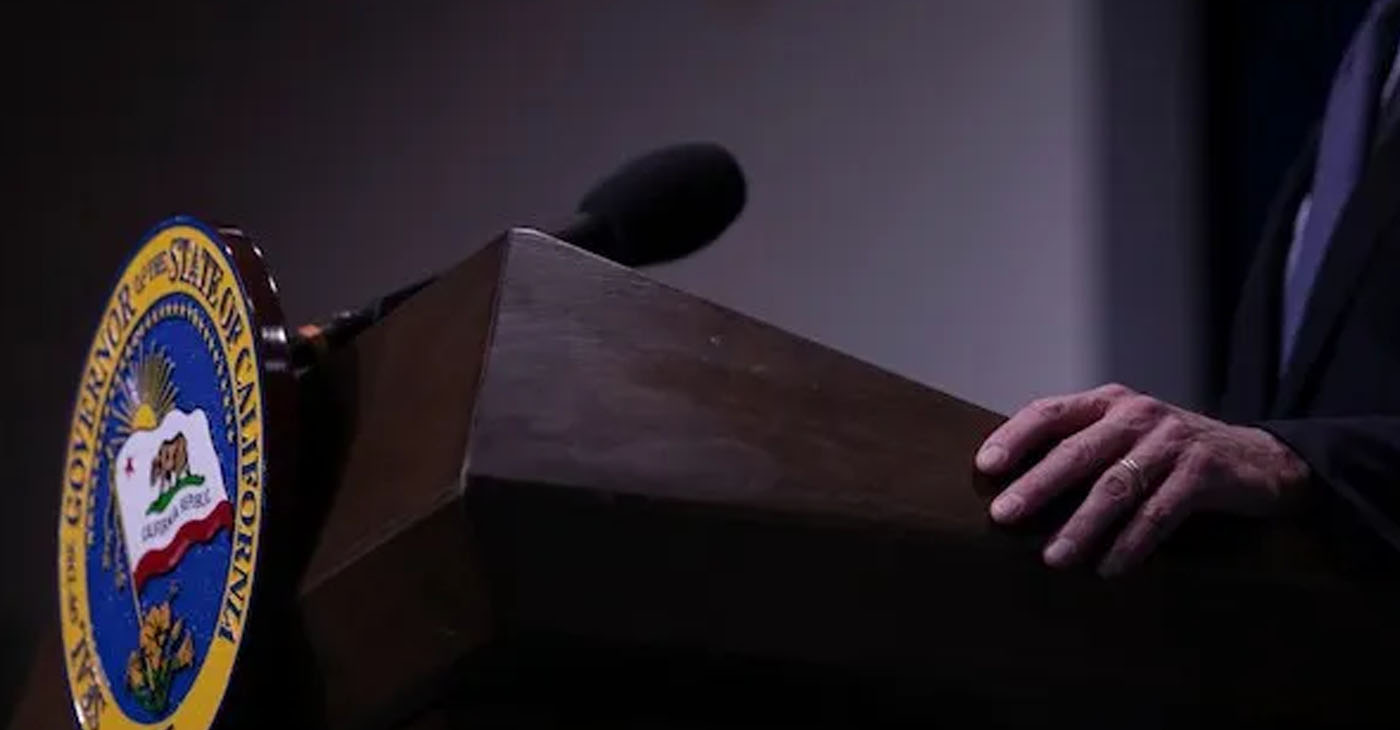 A closeup of the podium where Gov. Gavin Newsom presented his budget breakdown in Sacramento on May 14, 2021. Photo by Anne Wernikoff, CalMatters

(CALMATTERS) – Where is Gov. Gavin Newsom? The governor hasn’t made a public appearance since Oct. 27, when he received a booster shot of the Moderna vaccine. On Oct. 29, he abruptly cancelled his planned trip to the United Nations climate change conference in Scotland, citing unspecified “family obligations” and noting that he would “instead be participating virtually.” He has yet to do so, though Newsom spokeswoman Erin Mellon told me Sunday the governor is slated to “participate in a couple events” this week “focused on global efforts to advance zero emission vehicles and to move beyond oil.” Meanwhile, San Diego Mayor Todd Gloria is set to travel to Glasgow today, joining a coterie of state lawmakers and Newsom administration officials who are already there (along with quarantined Los Angeles Mayor Eric Garcetti). This morning, California Environmental Protection Agency Secretary Jared Blumenfeld is scheduled to speak alongside Oregon Gov. Kate Brown for an event titled “Partnerships to Reduce Wasted Food on the North American West Coast.”

In a since-deleted Sunday tweet that appeared to lash out at people speculating about her husband’s cancellation and current whereabouts, First Partner Jennifer Siebel Newsom wrote: “It’s funny how certain folks can’t handle truth. When someone cancels something, maybe they’re just in the office working; maybe in their free time they’re at home with their family, at their kids’ sports matches, or dining out with their wife. Please stop hating and get a life.” She had also been scheduled to go to Scotland.

In other Newsom news, Mellon told me that the couple’s eldest child, who recently turned 12, “has received their first dose of the vaccine and will soon receive the second dose. The three Newsom children who are under 12 years of age will also get vaccinated.” Two of the four children tested positive for COVID-19 in late September before quickly recovering from their mild symptoms and returning to school.

The post Newsom is nowhere to be found appeared first on The Sacramento Observer.